Just Asking: Can We Root For the Phillies?

Share All sharing options for: Just Asking: Can We Root For the Phillies? 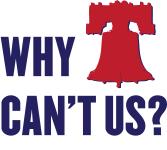 Out of curiosity, am I allowed to root for the Philadelphia Phillies in this World Series? Because that's the way I'm leaning right now.

I know, I know. The Rays are a great story. They're young, they're up-and-coming. Last year, they were the worst team in baseball, and now, they're four wins away from a championship. Even if they don't win this series, their season has already been one of the best sports stories of the year.

And this could be just the beginning. There's a lot of talent on the Rays' roster, especially in the starting rotation, that could fuel a sustained run of success.

Plus, being an American League guy, I should root for the AL team, right?

But there's something about these Phillies that appeal to me. Maybe it's because Philadelphia sort of reminds me of Detroit. I have nothing to base that on, other than just a gut feeling, a perceived shared blue-collar ethic. Plus, you know, people want to live in Philly, while not many seem to want to live in Detroit. (Well, this guy does.)

The sports fanbases certainly seem similar. We love our sports. We rabidly support them. We live and die with our teams' successes and failures. And we'll also turn on them in a second if they don't put forth an effort.

In Detroit, however, we've tasted recent championship glory with the Pistons and Red Wings. Philadelphia, meanwhile, has had some painful almosts, including the Phillies in '93, the Eagles in Super Bowl XXXIX, and the Flyers that lost to the Wings in 1997. (Go Wings!) And that's where my soft spot develops.

I'd like to see Philadelphia get itself a championship. I rooted against the Phillies hard in 1993, being something of a Blue Jays fan back then, and Joe Carter's series-winning home run is one of my favorite memories as a sports fan. But that had to be tough on the other side. Really tough. And the Phillies haven't been close since then.

Another thing I remember about that series: Before Game 1, I remember walking out of Sgt. Pepper's in Ann Arbor while wearing a Blue Jays hat (I still love that logo!) and as I crossed the street to my car, someone yelled "Phillies!" at me before he entered the store. That's kind of what I'm talking about.

But really, I just want to see a well-played, six-or-seven-game series.

If you're still deciding which team to root for, Big League Stew has a helpful rooting primer that could help sway your allegiances.

And if you're curious about that "Why Can't Us?" logo, that is brought to you by Dan Levy of the On the DL podcast. Maybe you're familiar with some of the work his 609 Design has done for Tony Kornheiser over the past few years. Dan's created a movement, and if you buy a "Why Can't Us?" t-shirt, proceeds support the fight against ALS.

Your SB Nation partisan views for the 2008 World Series can be found at DRaysBay and The Good Phight. Best of luck to both.