Even CNN Has Playoff Fever

Share All sharing options for: Even CNN Has Playoff Fever

Hey, everybody - how's it going? Are you enjoying postseason baseball, or are you taking kind of a break (brought on by Tigers fatigue)?

I guess I fall into the latter category, though I mostly just haven't had an opportunity to sit down and watch the playoffs. And now, it looks like the Cubs and Brewers might be done before I got a chance to see them.

Anyway, if you happened to be watching any of the vice-presidential debate coverage last night, there was kind of a funny moment that Gizmodo captured today. I didn't see this when it happened, but each time the cameras panned behind one of the dozen pundits CNN had on set before a commercial break, I kept hoping we might see something intriguing (or better yet, incriminating) on one of their laptops. What's on Jeffery Toobin's screen should look familiar to anyone who watches baseball on his or her computer, if TV or radio isn't available. 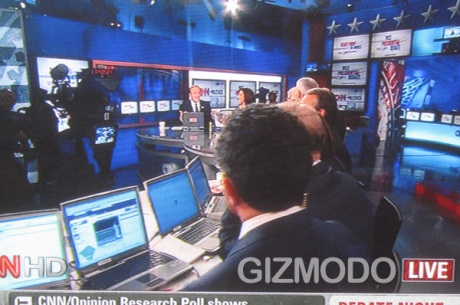 Wait, so not everyone on "The Best Political Team on Television" is riveted to every word Wolf Blitzer, Anderson Cooper, or Campbell Brown is saying? They're not reading nytimes.com, washingtonpost.com, or politico.com? How about, you know, cnn.com? They're not all reading e-mails from both sides' campaign staffs? Not when there are more important things going on. Somebody's keeping up on some Dodgers-Cubs action. Just in case you need a closer (but not necessarily clearer) look, here's a zoom from Gizmodo. 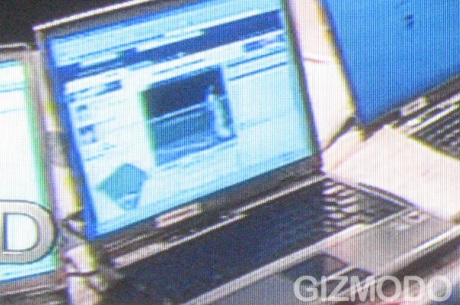 I knew there was a reason Toobin was one of my favorite cable news analysts.

Before I go, a plug for the team. SB Nation has set up a postseason hub for you to check out during the playoffs, a one-stop shop for you to check out all of the great content being offered by the bloggers whose teams were fortunate enough to play baseball in October this fall.

It should also include any playoff-related content that the rest of us produce (and I'm sure I won't be able to resist typing something).

Thanks for stopping by even though the Tigers aren't playing right now, and enjoy your weekend!