Share All sharing options for: Has the Tigers' Off-Season Window Shopping Begun? 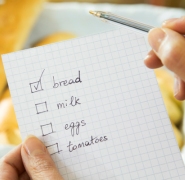 So what exactly will the Detroit Tigers be shopping for this off-season? I'm sure we'll each have several ideas to toss around in the weeks to come, and this week's poll question covers that very topic. But Jon Paul Morosi got started on the speculation in yesterday's Freep, with his thoughts on what the Tigers might actually do.

The biggest problem, unfortunately, is that the teams with players that could help the Tigers will very likely want starting pitching in return. And as you know, there currently isn't much of that to be had in the organization. If so, they'd have probably been pitching in Detroit this past season.

In that case, you can probably rule out a deal with Milwaukee for shortstop J.J. Hardy, or with Texas for catcher Gerald Laird or one of their shortstop prospects. But maybe Dave Dombrowski can get creative and find something he'd be willing to spare that either of those teams could possibly want.

Another name Morosi brings up as a potential catcher is Arizona's Miguel Montero. At the very least, he'd provide a left-handed bat who could platoon with Dusty Ryan. This past season, Montero batted .255/.330/.435 in 207 plate appearances with five home runs and 18 RBIs. And defensively, he allowed no passed balls in 53 games, which already makes him an improvement over Brandon Inge's 11 PBs in 60 games. (In fairness, Inge is a little better at throwing out baserunners.)

Just in case you're screaming, "But what about the bullpen?" Morosi predicts the Tigers will sign two free agent relievers. Yet he then kind of talks himself out of that, looking at who's available, while acknowledging that Detroit has three hard-throwing prospects playing in the Arizona Fall League. But hey, I often think I'll write something, only to end up writing something else after a bit of research. Happens all the time.