No One Likes to See Prices Go Up, But...

Share All sharing options for: No One Likes to See Prices Go Up, But... 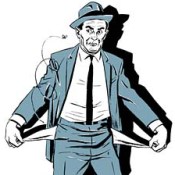 Raise ticket prices? In this economy? Are the Detroit Tigers out of their minds?

Okay, that's being a bit harsh. And oversimplifying the matter. Most of the seats (70%) at Comerica Park won't see a price increase. And those tickets that do get bumped up will only do so for a certain number of games on the schedule, as the Tigers institute a new variable pricing model.

So if you want to see the Chicago Cubs or Boston Red Sox play in Detroit, you'll be paying a different price. And if you take yourself out to the ballgame on a Friday or Saturday in June through August, that will cost you some more. $2-7 more per ticket, to be exact. But those $5 seats are still available.

Actually (like The Daily Fungo), I'm surprised the Tigers hadn't adopted this plan already. So many other teams are already doing it. And there are only so many different ways of generating additional revenue while trying to maintain one of the higher payrolls in baseball.

Though their 0-9 record to date and years of incompetent management obviously plays a factor in plummeting fan interest, the Detroit Lions were roundly criticized for daring to raise their ticket prices before this season. Of course, the Tigers have a much better track record in recent seasons to push this across with. And in terms of actual increases, it's not a fair comparison. The Lions raised some of their seats by as much as $20. They also bumped up prices on 83% of their tickets.

But this development is certainly one more jab to a metropolitan region that's suffered some serious body blows, and could be one shot to the chin away from falling to the mat, economically speaking. The least the Tigers could do on the field is play well enough to help us forget about such things for a couple of hours each night.