The Jack Wilson Rumors Return - Now with a Bonus Player!

Share All sharing options for: The Jack Wilson Rumors Return - Now with a Bonus Player!

You probably thought you were done with Jack Wilson rumors. So I apologize for pulling you back in. But the waters might be bubbling again. And this time, we can't even blame Jon Paul Morosi.

Whether or not the Detroit Tigers and Pittsburgh Pirates are currently talking about a deal for Wilson is open to interpretation. We know the two teams have had discussions in the past. But Bucco Blog struck steel against flint on Friday by passing rumors of a possible three-way trade involving the Florida Marlins that would end up sending Wilson to Detroit.

Ken Rosenthal bounced this off one of his major league sources and was told the rumor was "inaccurate" and had "no foundation." Yet he initially spoke to another source who said the Pirates were trying to acquire catcher Matt Treanor from Florida, and would then try to spin him and Wilson to the Tigers. 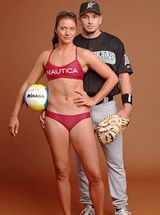 Treanor's career numbers (averaging 67 starts a season) form the profile of a back-up catcher, so if the Tigers were to get him, it would seem to imply they think Dusty Ryan can be the starter next year, and just needs a veteran understudy. Treanor also is pretty good at throwing out baserunners and blocking pitches, so maybe he could be a late-inning defensive replacement.

Plus, he'd come rather cheaply, having made $700,000 this year, with one more arbitration-eligible year. Maybe that's the sort of player who would need to be paired with Wilson (set for $7.25 million next year) to match up with the salary of, say, Dontrelle Willis or Nate Robertson.

But if they want someone to platoon with Ryan, however, the right-handed Treanor doesn't seem like an ideal candidate. A catcher who's recovering from off-season hip surgery would seem to be a concern, as well (though three to six weeks is the normal recovery time for the procedure Treanor underwent).

One important fringe benefit of bringing Treanor to Detroit that should be mentioned, however, is the possibility of Misty May-Treanor sightings around Comerica Park. Perhaps Treanor's gold medal-winning wife can rehabilitate her ballroom dancing Achilles tendon injury in the metro Detroit area. (That may have been a blatant attempt to get more hits. I'll let you be the judge.)

So would adding a catcher to a Jack Wilson deal make it more enticing to you? Or is the problem still that any trade for Wilson means he would be the Tigers' shortstop next season?

UPDATE: In this morning's Freep, Morosi says an "industry official" confirmed Detroit's interest in the Pirates' shortstop. And here... we... go.