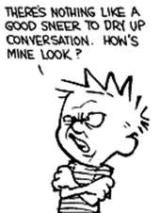 So let me see if I have this straight: The Detroit Tigers left James Skelton off their 40-man roster, leaving him to be snatched up in the Rule 5 Draft - which he was - then subsequently decide against tendering a contract to Aquilino Lopez, thus clearing a spot that could've been used to protect Skelton. Why wasn't Lopez just left off the 40-man roster in the first place?

Well, as it turns out, the Tigers tried to reach a contract agreement with Lopez by Friday's deadline, as they did with Ramon Santiago, but couldn't work anything out. But Detroit probably also needed to open up a spot on the roster anyway, for whichever reliever that the team hopefully signs in the near future. There are currently two spots free, but one will go to Adam Everett, who will likely officially sign his contract this coming week.

But the question of why Lopez was protected in the first place is still an itchy one. He pitched a lot of innings for the Tigers this season, compiling a 3.55 ERA in the process, but those numbers are deceiving. Lopez was called upon to pitch so often because of the starters' frequently being unable to stay in the game past the fifth or sixth inning. And because the Tigers' late-inning relief constantly put men on base, failed to get key outs, and blew games out of reach, Jim Leyland would also have no other choice but to bring another pitcher in. That guy was often Lopez.

Unfortunately, when Lopez came in with men on base, he was usually really bad at preventing them from scoring. But because those runs were typically charged to the pitcher who preceded him, his ERA still looked pretty good. Of the 57 runners that Lopez inherited when he entered the game, 29 of them scored. That's nearly 51%. With runners in scoring position, batters hit .289/.342/.381. In "high leverage" situations, they hit .276/.324/.310.

When Leyland says, "I think we were asking some people to do things they weren't capable of doing," Lopez is one of the players he's talking about. And if Lopez is to return to the Tigers for the 2009 season, which is a possibility if he doesn't get a better offer elsewhere, he should be restricted to the mop-up duty he's best suited to. If he's asked to do more, the Tigers' bullpen is in a lot of trouble.