Could The Quest For Relief Be Less Expensive?

Share All sharing options for: Could The Quest For Relief Be Less Expensive? 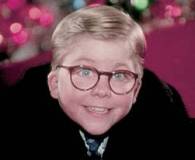 Apparently, the temperature and snowflakes aren't the only things falling these days. Prices on free agents in baseball could be coming down, as well. According to ESPN.com's Buster Olney, major league budgets are being reduced significantly and players looking for big contracts might have to settle for much less on the open market, as a result.

We've already known that the Detroit Tigers planned to cut down their payroll next season. But if there's some room in their budget (and Billfer has outlined in detail how there should be), a couple of free agent pitchers that previously looked out of their price range might fall back into reach.

For example, a closer such as Brian Fuentes:

Well, it's becoming increasingly clear that Fuentes might wind up getting a deal far less than he probably expected a year ago. Blame the economy, blame the fact that he's a Type A free agent and signing him means giving up a draft pick, and blame the fact that there happens to be a glut of closers on the market this winter.

Executives believe his asking price will go down, and Fuentes may soon become one of the great bargains of the winter shopping season. Rather than landing a $30 million contract, Fuentes may eventually have to consider a three-year deal in the $15-18 million range.

$10 or 11 million per year for three years was out of the question for the Tigers. And they still might not go for a three-year contract. But what if they could get Fuentes at $5 or 6 million a season? Olney, however, lists 10 teams where a cheaper Fuentes could end up, and doesn't mention the Tigers at all. Maybe because they'd get stampeded by other teams rushing in to sign him.

And it's too bad Detroit probably isn't in the market for a starting pitcher anymore, because one of the best available is also likely facing a severely reduced market:

When the offseason began, the agent for Derek Lowe was asking teams for five years and $90 million, baseball executives say. Now that asking price is down by almost a third, and some general managers speculate that if the Yankees retain Andy Pettitte on a one-year deal, Lowe's price will inevitably drop -- and significantly.

But let's stay focused on relievers, since that's really the only hole the Tigers haven't tried to fill. Waiting it out has seemed to be the strategy ever since trade negotiations for J.J. Putz fell through. And even if they can't get Fuentes - which has never looked like a possibility at any point this offseason - whatever deal he signs will set the bar for the rest of the market.

From there, other teams that previously decided they couldn't afford a reliever might change their minds. But when Dave Dombrowski wants something, he tends to be aggressive. Pouncing upon their guy once Fuentes signs elsewhere would be an excellent time to continue that tendency.