Share All sharing options for: Off-Topic: 0-16 on the Way 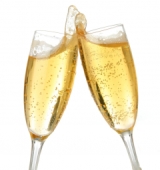 So when the Detroit Lions set an infamous NFL record by finishing off an 0-16 season today, do you think members of the 1976 Tampa Bay Buccaneers will get together and have a champagne toast?

It would kind of be like what the 1972 Miami Dolphins do every time an undefeated team fails to break their record. (Although Snopes.com says that's a myth.) Except I imagine those '72 Bucs would be more than happy to get knocked out of the record books. (Unless they had a few Brian Kingman types on that roster.) Lee Roy Selmon and Steve Spurrier will surely gladly pass that baton of suckitude over to Dan Orlovsky and Cory Redding.

Just so you know where I stand, I've expressed my feelings about the Lions and 0-16 at my personal blog. I want to see it happen and resent anyone who says I'm not a true fan for that. Maybe it's delusional to think that fresh grass can only grow after the old, dry stuff is burned away, but at least that provides some hope.

Big Al at The Wayne Fontes Experience and our SB Nation Lions blog, Pride of Detroit, will be following the march of Detroit's gridiron heroes to the historic oh-fer, and I encourage you to chime in over there. But I'd also like to let you know that BYB is a safe place for you if you insist on putting yourself through this afternoon's game against the Packers. We have plenty of room to curl up in the fetal position and rock in place. Together, we can get through anything. Wasn't the Tigers' 2008 season proof of that?