For Those Who Had to Watch, We Salute You

Share All sharing options for: For Those Who Had to Watch, We Salute You

Before we turn the page on 2008, I have to post one more thing about Motown's gridiron heroes, the Detroit Lions.

(I know - this is a Detroit Tigers blog. On the bright side, this is probably the last time I'll post something about the Lions this year. HA! But seriously, this is the topic du jour in these parts. And I hope it becomes clear why I'm posting this here. Thanks for bearing with us.)

This isn't about the firing of coach Rod Marinelli. That was a no-brainer. The man was the worst ever at his job. No one else has ever gone winless in a 16-game season. How the hell do you bring that guy back? So no surprise there.

No, this post is to stand and give a slow clap to the poor guy who had to watch all of the crappy football southeastern Michigan's most prominent professional and college teams inflicted upon its fans this year and describe it those of us who followed the games on radio. Yes, he was paid for it, as a professional broadcaster. But he also surely paid a price, having to endure some soul-crushingly bad football. 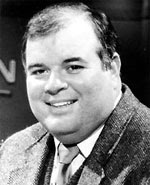 We're talking about Jim Brandstatter, color analyst for both the Michigan football and Detroit Lions radio broadcasts. Out of the 28 games he called this season, Brandstatter provided commentary for only three victories. Michigan went 3-9. The pitiful Lions failed to win a single game. He witnessed the worst season Michigan football has had in 46 years. And as we've already covered, the Lions set NFL history for losing all 16 of their games.

Hey, at least we had the option of turning off the TV or radio. Not Brandy. Hopefully, the strength and discipline instilled in him when he played for Bo Schembechler at Michigan helped him through this.

Salutes must also be given to our good friend and BYB community pillar Big Al, who live-blogged every single one of the Lions' incompetent performances, in addition to posting related news and commentary each day at The Wayne Fontes Experience. (I thought we had it tough here. Can you see why I'm sympathetic?) And to my fellow SB Nation blogger Sean Yuille, who authors blogs devoted to both University of Michigan sports and the Lions. Man, that's a rough year.

May we please turn the calendar on 2008 in Detroit sports? (Except for the Red Wings. You guys are doing a hell of a job and shouldn't be overlooked. Even though I kind of just did that.) 2009 can't possibly be as bad. Can it?