The Quest For Relief Might Have to Wait It Out 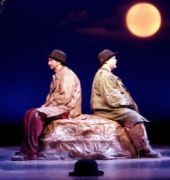 With Francisco Rodriguez signing with the Mets and Kerry Wood set to sign with the Indians, the Detroit Tigers suddenly find themselves in a bit of a pinch. Where exactly will they go now in their search for a closer?

Do these recent developments increase the urgency to make a trade with Seattle for J.J. Putz? Might they check in with Brian Fuentes, even though it might be too late? Should Dave Dombrowski wait until some of the smoke from these free agent fireworks clears? Or if he waits, will he see there's not much left for his team?

The Seattle Times' Geoff Baker hears that the Tigers' front office is haggling over that very dilemma right now:

I'm told there are some differing opinions within the Tigers hierarchy about how the team should approach its closer quandry. While Dombrowski might be tempted to act fast, others inside the organization feel the Tigers can benefit by waiting this market out. The theory being, there are so many closers out there right now that -- as more and more start signing deals lesser-than-expected a few months back -- some arms might come down in price to what the Tigers want to pay.

So despite Dombrowski's preference to work fast, throttling down a bit might work out in his favor. The risk, of course, is that the pickings might be slim. Baker also mentioned in his blog post that the Tigers "aren't very high" on Trevor Hoffman, so that's apparently not someone Dombrowski is willing to wait for. So it might come down to Brandon Lyon, or taking a chance on Juan Cruz being a closer.

Meanwhile, if the Tigers are serious about getting Putz, they'll probably need to keep an eye on the Brewers. As Jon Paul Morosi points out, new Mariners GM Jack Zduriencik worked in Milwaukee and his familiarity with the Brewers' farm system might tip his preferences.

And then there's this nugget from ESPN's Steve Phillips:

The Mariners need a power hitter. The Brewers need a closer. There is speculation that the two teams are discussing a package involving J.J. Putz and Prince Fielder.

Hoo boy. Prince Fielder could be a game-changer, as the Tigers wouldn't be offering anyone of that caliber at Fielder's current salary.