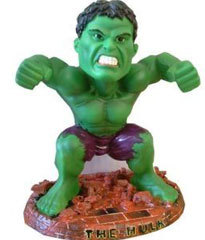 I hadn't previously endorsed the belief that Jim Leyland needed to throw a chair-tossing, expletive-laced, stub-out-his-cigarette-on-someone's-arm tantrum at his team for the way they've played the past two weeks. If not employed at the right time or if used too often, a manager risks looking contrived and phony to his players, which is a sure way to lose them. Besides, the Detroit Tigers are largely a veteran ballclub, made up of professionals who presumably know how to do their job. And I think Leyland trusted that, especially with the season at such an early stage.

However, I do think he's been perhaps too passive in tolerating the lethargic behavior and mental mistakes that this team has committed over these first 12 games. And it's not what we've seen from Leyland before. How many times over the past two seasons have we seen him go out to the mound and strongly emphasize to his pitchers that they're not doing their job? Maybe it's because he wants to see what some of these guys - especially his relievers - are made of. Yet rather than try to control situations before they get out of hand, Leyland has let his pitchers throw the ball all around the plate, put runners on base, and let small fires become game-crushing explosions. As a result, they could lose confidence in themselves and from their teammates.

As miggy4mvp said in his FanPost, when does Leyland demand some accountability from his players? When does he fill the leadership role that his team is lacking?

Last week, I was listening to The Tony Kornheiser Show on podcast, and he and David Aldridge were talking about the playoff-bound Washington Capitals and their coach, Bruce Boudreau. Kornheiser mostly chuckled about Boudreau's schlubby appearance, one that doesn't quite profile as tough motivator and leader of men, but also expressed his surprise and admiration at the Caps taking a chance on a guy who was a career minor leaguer. Aldridge countered that the only thing that a coach can ultimately be judged by is whether or not his players play hard for him.

Once I heard that, I began to question Leyland for the first time. Does his team play hard for him? Looking at the past 12 games, I don't know how you can give any other answer than "no." I'm certainly not advocating that Leyland needs to be fired, as some fans have in blog comments (though not here, thankfully) and message boards. I think he'd be much more likely to resign before it ever came to that. But I'm not so sure Leyland has been giving his players his best effort, either. Maybe that finally changed yesterday.

Apparently, that 11-0 atomic wedgie the White Sox laid on the Tigers was the breaking point. That was all he could stands, and he can't stands no more! After the game, Leyland lit into his woefully underperforming squad. We don't know what he said to the team, but we know he kept the media out of the clubhouse while he did it, and refused to elaborate on what sort of tirade he might have thrown when asked about it afterwards. And the players took their verbal beating like men.

The question now is whether this accomplishes anything. Even Leyland knows he can stomp and flail and yell all he wants, but it's on the players to start putting in a far greater effort. And therein lies the risk. If the Tigers continue to lollygag, what does he do then? Maybe Leyland should start holding himself accountable.