Share All sharing options for: Tossed Away: Royals 3, Tigers 2 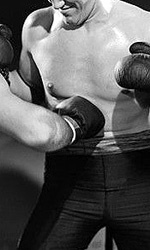 The many different ways in which the Detroit Tigers continue to lose games has become terribly vexing. Tonight, it looked to be working in the road team's favor, as the Tigers got to Zack Greinke early and made him throw enough pitches (100) that he had to leave after six innings. Meanwhile, Nate Robertson gave up 10 hits in seven innings, but only allowed two runs, making this his best start of the season.

And any night in which Billy Butler, normally a sweet-swinging Tiger Killer, goes 0-for-3 has to be considered a success for the Detroit pitching staff.

So how did they lose this game?

For one thing, the Tigers didn't capitalize when Greinke gave the ball to his bullpen. Ramon Ramirez, Leo Nunez, and Joakim Soria didn't allow a hit, let alone a run, in the remaining three innings of the game. The only scoring threat Detroit posed was when Ramirez threw consecutive walks to Miguel Cabrera and Gary Sheffield, putting a runner on second base. But neither Matt Joyce nor Edgar Renteria could bring the runner home.

And since I just mentioned him, let's talk about Renteria because he made the bonehead play that ultimately gave the game to the Royals. In the bottom of the eighth, Mark Teahen hit a ball up the middle that looked like a base hit, but Renteria made a great play in snagging it behind second base to prevent a run from scoring. Unfortunately, the Tigers' shortstop then did the baseball equivalent of going for a 360-degree dunk in a tied ballgame when a simple lay-up would've given his team the lead.

Renteria tried to get a force out at second by attempting a no-look, backhand flip to Placido Polanco, who not only wasn't expecting a throw, but was also moving in the opposite direction. The ball dribbled back toward the pitching mound, allowing Esteban German to score the go-ahead run.

The Tigers literally threw a game - one they had every chance of winning - away. Just when you think this team has lost in every conceivable manner, they invent frustratingly, painfully new. (By the way, Curtis Granderson ended the night with another 0-for-5. He's gone 1-for-21 over his last five games.) And once again, they're seven games under .500, which was supposed to be rock bottom.