Sometimes, you're the broom. Sometimes, you're the dirt. Sweeping the Yankees at Yankee Stadium doesn't seem quite so grand after getting swept in turn by the Twins at the Metrodome. And the way in which the Tigers lost all three games was disturbing enough to make Jim Leyland consider "drastic" changes. More on that later. 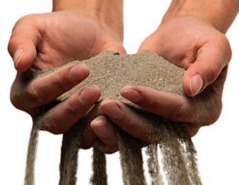 Detroit jumped on Boof Bonser from the start, with Curtis Granderson hitting a leadoff home run. And that was just the beginning. The Tigers tagged five more runs on the scoreboard from there, taking a 6-0 lead and seemingly on their way to a blowout victory. Unfortunately, after that first inning, everyone in the Detroit dugout apparently felt like they could take the rest of the day off.

Bonser pulled himself together and somehow stayed in the game for five more innings, allowing just two hits. Only one Tigers batter reached scoring position after that first inning, until Granderson stole second base in the ninth. That allowed the Twins to mount a comeback in a game that looked over early, chipping away at Kenny Rogers until he finally ran out of gas in the seventh.

However, Rogers would've gotten out of the inning had Carlos Guillen not let Nick Punto's ground ball through his legs. That opened the gate, and the Twins were off. Zach Miner came in and reminded all of us why we figured he'd be sent down to Toledo when Francisco Cruceta was ready. He only faced two batters, and both of them got hits, bringing in two Minnesota runs. (And at least one more would've scored had Brendan Harris' deep drive to left field not bounced into the seats for a ground-rule double.) That, ladies and gentleman, was the game. The Tigers' lineup had already turned the switch off and wasn't going to start it up again.

Sinking back into the malaise that has plagued them throughout this series brings us to Leyland's promise to make some changes to his lineup. Does that mean anyone is getting benched? (That sound you hear is the collective hands of Tiger Town rubbing its hands together, hoping Jacque Jones takes a seat.) Probably not, since Leyland said the lineup would have the "same pieces, but different." But he promised we'd see quite a difference tomorrow.

The Detroit News' Tom Gage thinks that might mean Gary Sheffield is moved down in the batting order, but that doesn't really seem "drastic," does it? As usual, Billfer seems to be onto something at The Detroit Tigers Weblog. His idea is to push Sheffield up to the leadoff spot, while sliding Granderson to the middle of the order, two moves that make a whole lot of sense.

Sheffield's lack of power (or any kind of hitting, really) wouldn't be as much of an issue atop the order, where his ability to draw a walk (.340 OBP) and savvy baserunning would still help the Tigers even if that trick shoulder wasn't allowing him to "fire." Meanwhile, Granderson has been swinging a Big Boi bat since returning from his broken hand, and would likely have many more RBIs than his current seven if his home runs and extra base hits came with more runners on base in front of him.

I'd also be in favor of a new left fielder, whether it was Marcus Thames, Ryan Raburn, or the return of Clete Thomas. Even if Jones is currently at the bottom of the order, that ninth spot doesn't have to be the black hole that it's been with him batting there. Nor does there have to be a turnstile at third base, with opposing runners flying through, knowing that they won't be thrown out at home.