Share All sharing options for: The Jacque Jones Job Search 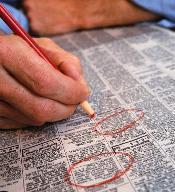 One of the questions following Jacque Jones being designated for assignment by the Detroit Tigers was where the feeble-hitting, soft-tossing outfielder might find another job. As it turns out, Jones might not find himself bouncing around the minors or having to consult Monster and Career Builder, after all.

According to MLB.com, both the Florida Marlins and San Diego Padres might be interested in bringing Jones aboard to shore up their respective outfield situations. The Marlins have a hole in left field with Josh Willingham currently nursing a strained lower back on the disabled list. And the South Florida Sun-Sentinel reports that Jones could also be part of a center field platoon with another former Tigers outfielder, Cody Ross.

SB Nation broham Fish Stripes thinks the Marlins should pass on getting into the Jacque Jones business.

But the Padres could be a good situation for Jones, as well. Not only might he be interested in playing for his hometown team, as a San Diego native. But Jim Edmonds is giving them some terrible production in center field this season, batting .172/.255/.230 so far this season. (Whether or not Jones would actually represent an upgrade with his .165/.244/.253 average is an argument no one surely has time to endure.)

The Tigers have approximately a week to either work out a deal for Jones or grant him his outright release. Either way, Detroit will likely be on the hook for the majority of his $5 million salary this season (excepting the $2 million the Chicago Cubs are picking up).