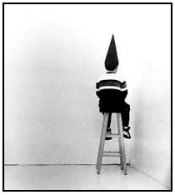 There could be a little bit of 2 a.m. (and four hours of sitting in front of the TV) talking in this recap, but what makes following this Tigers team so infuriating is watching them lose games by beating themselves with stupid mistakes.

Dontrelle Willis began the game with a scoreless four-inning effort that should encourage everyone who was worried about him (though his five walks present an obvious concern). But with a three-run lead, Armando Galarraga nullified Willis's performance and crushed any positivity the Tigers may have been feeling by walking two batters and then serving a fat meatball right down the middle of the plate that Eric Chavez jacked out of the park.

In the eighth inning, Clete Thomas didn't run aggressively around third base on Placido Polanco's single or hook-slide away from Kurt Suzuki's tag at home, making an out on a play in which the Tigers should've added another run to the scoreboard. Later in the inning, Thomas fielded Travis Buck's blooper to left field and made a nice throw to home plate that should've nailed Chavez, but Pudge Rodriguez couldn't hold onto the ball.

And let's not even talk about the walked batters that the Tigers couldn't drive home. Oakland pitchers issued 12 walks tonight. Only two of those hitters came around to score. That's another story that's been rerun far too often over the past 57 games.

Then there's the play that almost mercifully brought on the inevitable in the bottom of the 11th, giving the A's a win they really never should've earned tonight. Jack Cust chopped a ball toward first base that took Miguel Cabrera far from the bag to field. But he gloved the ball and should've been able to get the out. Unfortunately, Freddy Dolsi jogged toward first base, instead of immediately sprinting to the bag, in order to take a throw. By the time he realized what he should've been doing, Cabrera was diving toward the bag in a futile attempt to tag out Cust. Cust made it to first safely, and Suzuki scored the winning run.

Even if Dolsi thought Cabrera could tag Cust or beat him to first, he should've run hard to back up the play. That's Spring Training stuff. Maybe Cust could've legged out an infield hit anyway, but it certainly appeared that Dolsi would've beaten him had he immediately run toward first. That's the play you have to make. Yet he didn't. And that's happened too many times with the Tigers this season. They've put themselves 10 games under .500.