The Comeback Bites Back: Twins 7, Tigers 6

Share All sharing options for: The Comeback Bites Back: Twins 7, Tigers 6 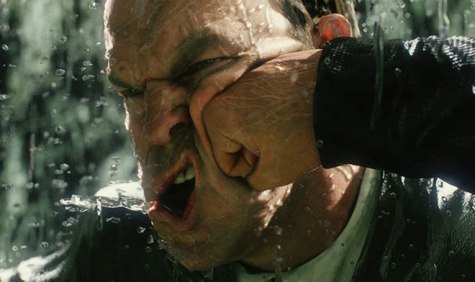 As high and glorious as we felt last night after Miguel Cabrera's walk-off home run, Justin Morneau's 11th-inning blast to right off Freddy Dolsi this afternoon sent those emotions plummeting back to Earth, leaving Tigers fans gasping for air. What a gut punch.

So much happened in this game that recapping everything could take a while. But if you recall the roller coaster ups and downs that we experienced last night, much the same happened today, except with the opposite result. The Twins took an early two-run lead in the third inning, but as he's done so many times this season, Kenny Rogers pulled himself together to keep his team in the game. Highlighted by a titanic shot to deep right-center field from Matt Joyce, the Tigers came roaring back in the fourth with the kind of onslaught that usually puts a game away.

But Minnesota chipped away with runs in the seventh and eighth to cut the margin to two, and by the time the ninth came around, Todd Jones couldn't make that lead hold up. Jonesy wasn't helped by an error from Joyce, who gave back the run he put on the board by letting the ball shoot past him (bad hop?) and roll to the right field wall. Bobby Seay and Dolsi eventually closed out the inning.

The Tigers blew a great chance to win in the ninth, as Carlos Guillen made it to third base on a stolen base and wild pitch with only one out. But Joe Nathan struck out both Jeff Larish (who had a pretty good day, going 3-for-5) and Pudge Rodriguez to end the threat. Detroit had both the 10th and 11th innings to try and score a run, but never had a better opportunity than the one they squandered.

Hopefully, we're not saying the same thing about the AL Central race by the time this series is over and heading into the All-Star break.

With an excellent afternoon turnout, today's GameThread kind of felt like a party that was going really well until the beer ran out. Or a terrible accident happened.