Against the Ropes: Twins 6, Tigers 5

Share All sharing options for: Against the Ropes: Twins 6, Tigers 5 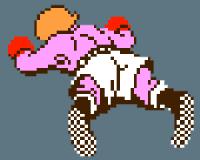 Apologies for a very late Game Recap, but I was out most of the afternoon and evening, and didn't have a chance to catch up on the game until late.

Saturday's 6-5 loss to the Twins may not have been a knockout blow. Not with two-and-a-half months left in the season. But being eight games out of first in the AL Central, and 6 1/2 games behind second-place Minnesota sure gives the Detroit Tigers that punch-drunk, wobbly look of a fighter about to face-plant into the canvas. The ropes might be the only things holding them up right now.

Joe Mauer hit a two-run homer for the Twins, but once again, it wasn't one of Minnesota's big bats that did the most damage. Just as Nick Punto struck the big blows for the road team on Friday, another middle infielder not known for his power made the difference on Saturday. Brendan Harris, who had four home runs coming into the game, put the Twins ahead with a solo home run off Nate Robertson in the top of the seventh, giving his team a lead they never gave back.

Detroit tried their best to punch back in the eighth with three runs, but it just wasn't quite enough. And that's pretty much what you could say about the Tigers' performance against the Twins over the last three games. Close, but just not enough.

If there's a bright side - and it's really more of a dim haze at this point - Joe Nathan likely won't be available for the Twins on Sunday after pitching for the past three days. So if it comes down to the Tigers needing to stage a late-inning comeback, maybe they won't have to deal with the lock-down closer that keeps the game out of reach. But that's really not much of a consolation, is it?