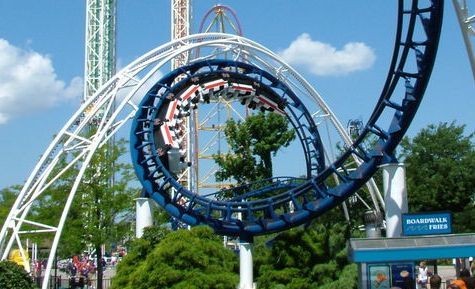 The figurative second half of the Detroit Tigers' season started off looking much like the first half did. It wasn't easy, but somehow the Tigers squeaked out a win. And they did win, so it's looking half full tonight.

Gary Sheffield put any talk of benching him on ice almost right away with a two-run homer in the second inning, and would've had another one in the eighth, if not for Jay Payton's over-the-fence catch to rob him. But Sheff wasn't the only Tiger with shaky job status that looked good tonight. Edgar Renteria went 2-for-3 at the plate, while also making some nice plays at shortstop. Using the lineup card as a motivator seems to have worked well for Jim Leyland - at least for one night.

Also bringing the thunder and lightning were Brandon Inge and Marcus Thames, and Kenny Rogers needed every bit of it because he did not have it tonight. Yet thanks to some scoring from his lineup, and scoreless pitching from the middle relief, he somehow snuck off with the win. It needs to be emphasized, however, that it was the middle relief that saved the game, because the guy that's supposed to do the saving, to close out the win, once again showed he's probably not capable of handling that job full-time anymore.

Todd Jones wasn't helped by an error from Ramon Santiago (who was in the game for his glove), but Jonesy was close to going off the rails yet again. A leadoff double by Luke Scott and a walk to Nick Markakis sandwiched the error, thus loading the bases and putting the Tigers' lead in serious jeopardy. Jones then allowed a deep fly ball to Aubrey Huff that took Curtis Granderson to the warning track and brought a run in. And if not for Inge's aggressive play at third (he looked great there tonight), Kevin Millar might have legged out an infield single to tie the game.

Can we hope that reducing Jones's workload begins tomorrow night, if the Tigers have a lead to protect in the ninth?

The GameThread started off a bit slow tonight, but hey, we're coming off a three-day break. It picked up as the game went on, and the Tigers finally got a lead they could hold onto.