With the non-waiver trade deadline less than a week away, and the Detroit Tigers currently 5 1/2 games out of first place in the AL Central, the winds of rumor are beginning to swirl around a team that previously looked to be sitting out of the wheeling-and-dealing fun that could take place throughout baseball. 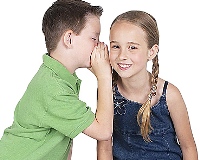 Did we think we heard the name "Sheffield" or is it just the wind making that "shhh" noise as it blows by? (Or maybe I heard Blake make that sound.) According to ESPN.com's Jayson Stark, the Tigers are apparently jingling Gary Sheffield around the league to see if there's any interest in him. Despite the .221/.331/.365 average, there's still some sizzle to that waggle, as many hopeful Tigers fans point out, and Sheffield could help a team in need of a right-handed bat. But how could Detroit make a deal compelling? By agreeing to eat a significant portion of the $14 million that Sheff is owed next season.

Another veteran underperformer who the Tigers might like to deal is Edgar Renteria. And there could be a willing trade partner in the Los Angeles Dodgers. If the Dodgers' front office can decide who's actually making the call, SI.com's Jon Heyman reports that a veteran shortstop is at the top of their shopping list. One team they might have to compete with on that is the White Sox, who are apparently willing to deal Orlando Cabrera.

The purpose behind any deal, of course, would be to get pitching. (Though Stark says a young shortstop is also on the Detroit's wish list.) And either the Orioles or Blue Jays have someone the Tigers are interested in, according to the Baltimore Sun. The question, as Billfer points out, is whether O's reliever George Sherrill is the guy Detroit scouts were checking out, or Jays starter A.J. Burnett.

The initial thought is that the Tigers don't need a left-handed reliever, with Bobby Seay and Casey Fossum already in the major league bullpen, with Clay Rapada a drive up I-75 away from contributing to the cause. But maybe it doesn't matter which hand Sherrill throws with, if he's the best available reliever on the market. As it is, Sherrill might be a higher priority for other teams, and the Tigers might just be looking into what's being asked for or offered.

(Is it worth once again asking why Detroit traded Denny Bautista? Probably not.)

And as far as Burnett goes, we know he's a guy Dave Dombrowski has always been interested in, having acquired him when he was running the operation for the Florida Marlins. And starting pitching is arguably a greater need for the Tigers right now, anyway.

One reliever who's no longer available, if he was on Detroit's list of hopefuls, is Jon Rauch, who was dealt to the Arizona Diamondbacks earlier this week for second base prospect Emilio Bonifacio. I'm out of my league when it comes to minor league stuff, but when I see a deal like that, my first thought is usually, "Could the Tigers have made that deal?" Am I suggesting Detroit should've given up Michael Hollimon for Rauch? Probably not, if they see him as Placido Polanco's eventual replacement in 2010.

Besides, maybe the Nationals were looking for speed in a deal. And perhaps the Tigers' hands were tied by so many middle infield injuries throughout their minor league system. But if Freddy Dolsi's shoulder problems don't clear up soon, Detroit might also be asking what else they can do to nab a reliever.

So does this chatter get you excited, or is it far too optimistic to think that Sheffield or Renteria could somehow be dealt to get pitching help in return?