Share All sharing options for: The Climb's Getting Higher: White Sox 7, Tigers 6 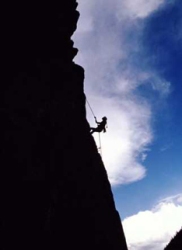 See, this is why last night's loss really hurts. Besides the obvious part of it - losing a game - the Tigers just can't afford to cough up a win when it's there for the taking. Because there will be games like tonight's, when your ace just doesn't have it working and you're never really in the game.

After pitching well in his last seven starts, Justin Verlander was probably due for a bad outing. Especially facing the White Sox, against whom he had a 2-6 record and 5.45 ERA. Verlander's streak of allowing two runs or less ended dramatically in the third inning on back-to-back homers by Carlos Quentin and Jermaine Dye. The Tigers played catch-up valiantly, but just couldn't recover from that initial onslaught.

And how do we feel about Bobby Seay's outing tonight? Does he get kudos for pitching three innings of shutout ball and keeping Detroit in the ballgame? Or should he be knocked for crumpling in the pressure situation he was brought in to diffuse? The two runs allowed were charged to Verlander, and Seay was brought into a difficult two-on, no-out situation, but he couldn't get the big out. When was the last time he did?

Seven-and-a-half games behind the White Sox? And left to try and salvage a win to keep the damage to a minimum? Not entirely a lost weekend, but definitely a fumbled one.

These are the people who were willing to have their hearts broken and come back with hope the next night. A shaky internet connection kept me from joining them through most of the game. Or was my modem trying to spare me the pain?