Share All sharing options for: The Seattle Marathon: Tigers 2, Mariners 1 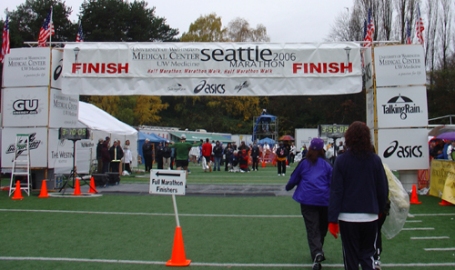 Had the Tigers not needed this win so badly, both to salvage a series split and to keep pace with the White Sox and Twins, I'd have almost given them a pass for losing this one. A 15-inning slog on a getaway day, with the sweet solace of an off-day waiting? Fortunately, Detroit showed some mental toughness and persistence in refusing to go down, even when their bats had nothing in them.

Beating a back-up catcher who's pitching because there's no one left probably isn't something to brag about. Chris Rock's "What do you want - a cookie?" comes to mind. The Mariners took a chance by putting Jamie Burke on the mound in the 15th inning, but I suppose they didn't have much choice. (Although putting a starting pitcher who's due for a bullpen session out there seems like a better idea.) At least they blinked in this staredown before the Tigers did. Or they just didn't have anything to lose.

Though I'm sure he's thrilled with his team getting the win, Nate Robertson had the kind of day that gave him his tough luck reputation. After brutal performances in his last two starts, Robertson was outstanding today, pitching nine innings of one-run, four-hit ball. On almost any other day, that's enough to win. But not with the way his teammates are swinging the bat right now.

I don't know what's happened to the Tigers' offense, but maybe a game like this is the equivalent of draining the battery on your cell phone or laptop empty before recharging. That's supposed to make the battery hold a charge longer the next time around, right? Maybe that will apply to the Detroit lineup when it gets back to Comerica Park.

I forgot the Roll Call last night, to which I blame the late sign-off. Sorry about that. But those who toughed out this one to the end (especially those who watched the grueling Federer/Nadal Wimbledon men's final beforehand) deserve some praise.