Tonight's recap will be told in pictures. Chris Lambert began his major league debut looking great, getting out the first six batters he faced with just 18 pitches. He was cruising. 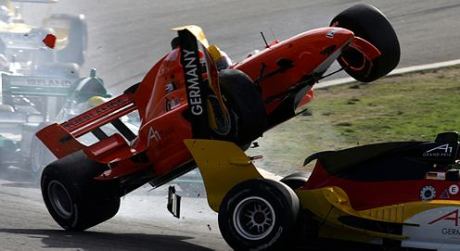 Lambert served up back-to-back home runs to the first two hitters in the inning, one of which was to the pop-gun hitting Jamey Carroll. That was his first homer of the season. The other long ball was from Kelly Shoppach, who's blasted a Tiger-killing five home runs against Detroit this year. Throw in errors from Ryan Raburn and Marcus Thames, along with a misjudged fly ball by Curtis Granderson in center field and 49 pitches from Lambert, and it led to a six-run detonation. 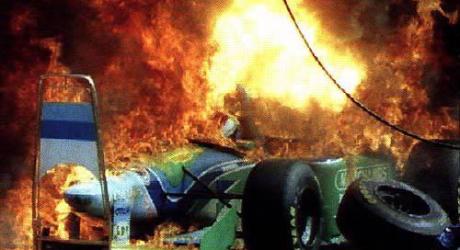 Game over. (Lambert's stay in the majors could be, as well.) And Ben Francisco hadn't even hit his two home runs yet. Those came when Aquilino "Run Per Inning" Lopez took over for Lambert. (Why was Francis Beltran designated for assignment instead of him? Maybe Lopez plays the mop-up/fall guy role better.)

With all that, the Cleveland Indians overtake your Detroit Tigers for third place in the AL Central. Can the Motor City Kitties salvage some pride (and regain their standing) tomorrow night?