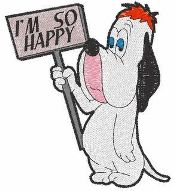 With Dontrelle Willis starting for the Tigers for the first time since June, tonight had something of a "must-see" feel to it. Well, maybe that's overstating it a bit. But at the very least, there was much curiosity. Unfortunately, everyone who tuned in for the game was reminded of just how maddening this failed season has been.

For the second night in a row, Kyle Farnsworth played the role of gas can, taking a seemingly winnable game and setting it ablaze. The first three batters he faced reached base, two of whom would have scored if not for a bad, "go, stop, go!" decision by future Tigers manager Rangers third base coach Matt Walbeck that got Travis Metcalf thrown out at home. Even after getting that break, Farnsworth continued to pitch batting practice, putting four of the next five batters on base, and allowing three of those runners to score - with two outs.

The total damage? Four runs, four hits, and three walks in just two-thirds of an inning.

So over his last two appearances, The Farns has allowed six runs and six hits in just one combined inning of work. To try and be fair, I'll point out that he didn't allow a run in his previous seven outings before Sunday night. But Farnsworth has performed so badly since coming to the Tigers that you almost have to wonder if he's tanking it. (Here's a deceiving stat for you: Farnsworth's ERA with the Tigers is 4.80.) If he doesn't want to be with the Tigers, he probably doesn't have to worry, as he's pretty much assured he won't be pitching in Detroit next season. Heck, he might not be pitching in the United States of America, at this rate.

This loss, by the way, officially made it impossible for the Detroit Tigers to win the AL Central. The numbers now support what the eyeball test had confirmed for at least the last two months.