The Nerve of Carlos Guillen

Share All sharing options for: The Nerve of Carlos Guillen 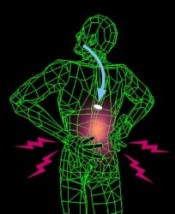 It's been almost four weeks since Carlos Guillen played in a game for the Detroit Tigers. Due to back spasms, he's missed more than 20 games now, with only nine (perhaps 10) remaining on the 2008 schedule.

Considering how long he's been out, Guillen would need time to get back into playing shape even if his back was fully recovered. As a result, Jim Leyland doesn't expect Guillen to play again this season.

However, Guillen got some good news after consulting with a back specialist for a second opinion this week. The original diagnosis of a pinched nerve causing inflammation was confirmed, which has to be a relief. (The recent record of the Tigers' medical staff would seem to indicate they'd missed some sort of spinal fracture.) Guillen received an epidural shot to alleviate his discomfort, and should be fine by Spring Training.

In his absence, the Tigers have played Jeff Larish, Mike Hessman, and Brandon Inge at third base. But over the past three games, Leyland seems to have settled on the better defensive lineup that Inge gives them at third, along with Dusty Ryan playing at catcher. Could that be a sign of things to come next season? Probably not, as playing Inge at third would leave Guillen without a position. That is, unless the Tigers make a subsequent roster move to create an opening.