The Quest For Relief: Saito Signs with Boston

Share All sharing options for: The Quest For Relief: Saito Signs with Boston

I've tried to remain calm during this offseason, patiently waiting - and hoping - that Dave Dombrowski has a plan for the Detroit Tigers' bullpen that involves more than banking on Fernando Rodney pitching well in his contract year. But with the developments of this week, I'm losing faith, and I'm losing it fast.

Blake has poked me every time I wrote about the relievers still available on the free agent market and neglected to mention Takashi Saito. ("Why do you hate him?" Blake would tease. Evidently, he missed this post.) And each time, I'd admit that I tend to forget him because he wasn't getting any play from the beat writers or rumor chasers. But I agreed that Saito was a good enough reliever for the Tigers to look at.

Okay, I've buried the lede far enough. How do you like these apples, courtesy of Ken Rosenthal?

The Red Sox, taking another low-risk, high-reward gamble, have signed free-agent reliever Takashi Saito to a one-year contract with a club option for 2010, according to major-league sources.

The deal was completed after Saito passed his physical on Friday. It includes a guarantee between $1.5 million and $2.5 million, the sources said, and Saito will have the chance to earn more than $7 million if he reaches all of his incentives.

You know, I've never really disliked the Red Sox, but between signing John Smoltz earlier in the week, and now Saito, they're getting on my nerves.

But what's really beginning to bug me - fueling a simmering rage that might have me shoveling snow in a five-mile radius through south central Ann Arbor after I'm done writing this - is watching another reliever sign for a below-market price that the Detroit Tigers are seemingly able to afford. Brian Fuentes signed with the Angels for almost $2 million less, and one fewer year, than he was seeking when free agency began. Saito isn't getting a raise from what he made with the Dodgers, but if you turn down $2.5 million, you're probably looking for at least $3 million, and Boston didn't give him that.

I understand that perhaps neither pitcher wanted to come to Detroit. (We know Fuentes wanted to play in California.) And I realize the Angels and Red Sox look more capable of winning a championship than the Tigers currently do. There are some factors that you just can't battle.

But I can't keep this question to myself any longer. What the hell is Dombrowski doing here? These are two guys that both could've helped this team, and ended up fitting the short-term, lower money agreements that Detroit said they were looking for with a closer. And unless it just wasn't being reported by the local or national baseball press, the Tigers didn't seem to be in on either one of them.

Maybe the purse really is zipped shut. I didn't quite buy that notion, when Lee originally threw it out there after Edgar Renteria wasn't offered arbitration. Maybe last year's performance, combined with the economic meltdown, really has handcuffed this organization. Yet they were also ready to make an offer to Kerry Wood, so there must be some money available.

I'm going to control my breathing and tell myself that relievers are still available. Brandon Lyon, Juan Cruz. But even in the three days since Jason Beck wrote this article, Trevor Hoffman and Saito have signed with other teams. Is it really going to come down to hoping Chad Cordero and Jason Isringhausen are fully recovered from their injuries? I'll acknowledge I'm intrigued by Cordero, but Isringhausen might be enough to put me on a cargo plane to southeast Asia, barefoot, knees held to my chest, rocking back and forth, muttering "bullpen, bullpen, bullpen." (Hat tip to Matt Wallace.)

Oh, and then there's this from River Avenue Blues, which would make me want to pick up a cute yellow labrador puppy, hold it tightly to my chest, and then walk out into rush hour highway traffic. Trust me, it would not end well for the puppy. 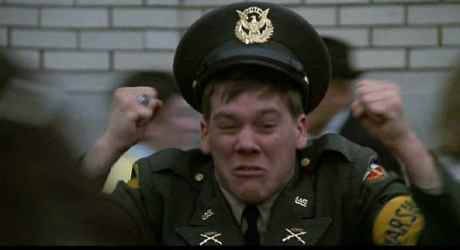 Throw us a frickin' bone here, Mr. Dombrowski. For the love of Mike Henneman, I resolved to be more calm and rational this year.