No BYB on the Radio

Share All sharing options for: No BYB on the Radio 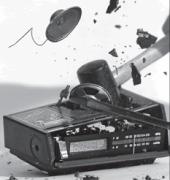 I don't know how many of you had streamed or downloaded our appearances over the past two weeks on WTKQ's The Morning Ticket with Pat & Todd, but there isn't going to be any more BYB on the Radio. In the near future, at least (and boy, isn't that being optimistic).

Unfortunately, the powers-that-be at FM Talk 100.5 decided to go in the proverbial different direction, and as of last Friday, pulled the plug on the show. Any disappointment I felt over that is a trifle compared to what two radio hosts who suddenly don't have a show must have experienced. Fans of WDFN in Detroit learned this week just how brutal the radio industry can be. (And though I'm late on it, that's something I'd like to write about in the next couple of days.)

I'm obviously biased, but Pat Johnston and Todd Guerne are two talented, nice guys who deserve better, and will hopefully get it. And if you've been following the site recently, you know Todd's suddenly become an active part of the BYB community, and it's great to have a new voice and more participation - especially at this time of year.

So I should probably leave it there, and thank Pat and Todd for a wholly unexpected opportunity, as short-lived as it turned out to be. It's incredibly flattering that they thought enough of what we do here to want to talk about the Tigers on the radio each week. And it was a lot of fun.