Share All sharing options for: Gas Can Grilli's Gabfest 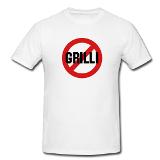 I've been meaning to post this for the last couple of weeks, but I couldn't find the right time to do it. After recently friending up on Facebook and Twitter with Jimmy Scott, host of Jimmy Scott's High and Tight podcast, I noticed that one of his interviews was with someone Tigers fans might or might not consider an old friend, Jason Grilli.

Considering we tagged him with the nickname "Gas Can Grilli" and often used a picture of a man on fire to describe his blow-ups here at BYB, I can't say I was a huge fan. But I acknowledge that he may have gotten a bad rap in Detroit. Even though Grilli probably wasn't quite as bad as we made him out to be, however, it was probably in everyone's best interests for him to move on.

But Scott's interview with Grilli is definitely worth a listen. Their chat covers topics such as how Grilli views himself as a reliever, and the goals he'd like to accomplish. What it was like being the fourth overall pick in the 1997 draft, and how that affected his early career, especially after he injured his elbow. And he shares some memories of pitching for the Tigers, as his father did.

You can stream the interview from Scott's show notes or download it here.