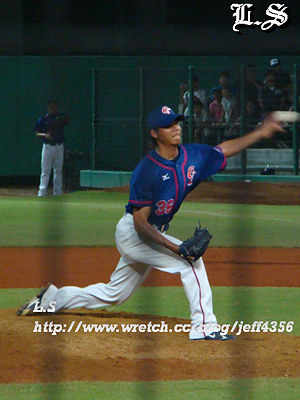 according to sources in Taiwan, the Tigers have signed LHP Fu-De Ni to a minor league contract. Ni will be guranteed to start in AAA.

Ni's becomes the first Taiwanese player to sign with an MLB club after playing professionally in Taiwan's CPBL.

Ni was last season's CPBL strikeout king, and has been one of it's top pitcher in the last couple of seasons. he was mostly a starter last year, but also served as a swingman earlier . he's 26 years old.

Ni's not exactly overpowering, but does appear to profile nicely as a lefty RP that might be able to get righties out as well. he's been one of the top pitcher for Taiwan's national teams during international competitions such as the Olympics.

some youtubes of Ni's past performances.

(Ni vs team canada in the Olympics qualifier wildcard round)