We took most of the weekend off here at BYB, as there wasn't a whole lot going on in Tiger Town. Besides, what's the most we could've missed? It's not like one of the Tigers' top prospects or a new starter for next year got hurt, right? 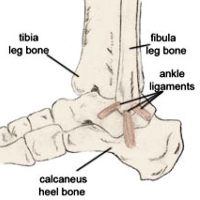 Sizemore ended up with a fractured tibia - not a "tibula" or "fibia," doctors - in his left ankle, an injury that halts what was becoming an impressive season in the AFL. In six games, Sizemore batted 7-for-19 with three homers and nine RBIs.

Does a broken ankle put Sizemore's chances of winning the second base job in jeopardy? Might the Tigers have to re-evaluate their apparent plans to let Polanco go through free agency? From all accounts, the answer is no.

The fracture was non-displaced, meaning there was a crack, but the bone stayed in place. And the injury won't require surgery. Altogether, that should mean a six-week recovery period (during which Sizemore will likely be in a walking cast), which gives him plenty of time to get ready for Spring Training. Sizemore will be in Detroit today, however, to get examined by team doctors.