What treasures await you if you're one of the first 10,000 fans through the gates at Comerica Park on Monday April 13, when the Tigers host the AL Central White Sox at 1:05 p.m? A testament to the power of Miguel Cabrera, the finest home run hitter in all of the American League last season. 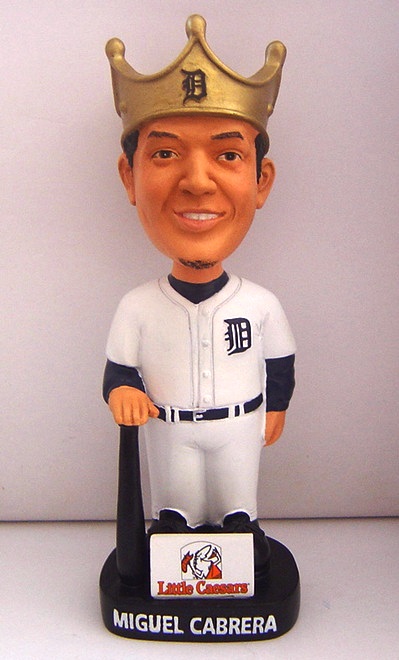 We'd say bring the King your finest meats, cheeses, and drinks, but Miggy's weight is always kind of a concern, so maybe hold off on the culinary tributes to his strength and league-leading 37 home runs.

This comes courtesy of the Tigers' official MLBlog at Comerica Park, 48201. Click on over there, and you might catch the ears of the team's front office.

For instance, they asked fans last week what they thought of bringing cowbells to the park this season. Apparently, there was some disagreement between Park Operations and Marketing on that one. But after the people gave the thumbs down, that idea was squashed.