Every Tigers Game is On TV

Share All sharing options for: Every Tigers Game is On TV 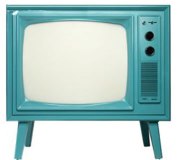 If the Detroit Tigers rebound from a disappointing season this year, the revival will be fully televised.

All 162 games on the schedule will be on your TV screen this season, with FOX Sports Detroit announcing today that it will telecast 156 of them (most of them in HD) on its network. The other six are scheduled to be part of FOX's Saturday Game of the Week broadcast.

No weird conflicts with the FOX national telecast this year, as happened last August for a Saturday night game against the Rays. But at least a couple of broadcasts will get pushed to FSN Plus when there are conflicts with Red Wings and Pistons games in April. (Will "April in the D" be back? Metro Detroit awaits the answer.)

Also, as of yet, no Sunday night ESPN appearances are scheduled. But really, is that a bad thing? The Tigers almost always manage to look completely awful when Jon Miller and Joe Morgan are watching. (Don't tell me Steve Phillips will make it better, either.)

Is it kind of a shame that more Tigers games won't be on free, over-the-air TV, as they used to be on WDIV (or WKBD, later on)? Probably, but doesn't that just seem like a different time? How many of you reading this watch games on your computer?

(Hat tip to Todd, who alerted me to this hours ago via e-mail. Little slow on the trigger finger today. Cold medicine's dragging me down.)