The Rick Porcello Bandwagon is Revving Up

Share All sharing options for: The Rick Porcello Bandwagon is Revving Up 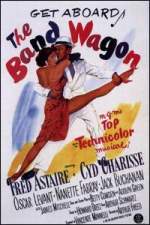 It's fast becoming the sensation sweeping Tigers Nation. (I usually prefer to use "Tiger Town," but please indulge my need for rhyme.) Is Rick Porcello going to win that fifth spot in the starting rotation?

(Heck, it could be the fourth spot, if Jeremy Bonderman isn't recovered in time for Opening Day.)

Last night against the Marlins, Porcello showed Jim Leyland the kind of effort he's been looking for from Dontrelle Willis and Nate Robertson. No walks allowed in three scoreless innings of work. Yes, he gave up five hits (some of which may have been aided by tough infield dirt), but keeping the ball in the strike zone was surely the preference of Tigers coaches. The team emphasized upgrading the defense this offseason, so utilize it.

Surely, the Tigers prefer Porcello to build more stamina and refine his repertoire in the minors this season. The conventional wisdom says this kid is still too young. Look at what Minor League Ball's John Sickels said when asked about the possibility of Leyland bringing up Porcello in a question-and-answer thread last Friday.

I don’t know if he is serious. If serious, he’s nuts. Unless you are talking about Bob Feller or even a Dwight Gooden, I don’t think any pitcher Porcello’s age belongs in the majors with no Double-A or Triple-A experience.

But that ignores the reality that Leyland might not have any other choice but to bring Porcello north, if he continues to pitch well. And as Billfer noted, using Porcello early in the season negates the concern about exceeding his workload. If it proves to be too much for him initially, the safety net of Zach Miner is on hand. (Just in case, however, he might want to start pitching well, too.)

It's beginning to look as if Willis and Robertson don't appear interested (or capable, perhaps) in winning that job. Leyland's already expressed his frustration with their struggles, and as Lynn Henning wrote, perhaps he's also sending a message that jobs aren't guaranteed due to big contracts. I still think Willis will be given every chance to win the job because he might be considered salvageable, in terms of stuff.

Robertson, however, is looking more like a pitcher who's done. Kurt and I were discussing this over instant message last night, and he wrote the same earlier today at Mack Avenue Tigers (while warming up the Porcello bandwagon). According to Henning, he's throwing in the mid-80s and hasn't rediscovered his slider. Nate's not getting anyone out, and is running out of time to show his manager that he deserves a job, let alone a spot in the starting rotation.

And that brings us back to Porcello. People around baseball are taking notice. On his Twitter feed last night, St. Louis Post-Dispatch beat writer Derrick Goold made a point of mentioning what he saw from Porcello (and noted that several of his colleagues and Cardinals' front office staff were also on hand, as well).

Porcello looked like a bona fide prospect. Good velocity. Poised on the mound (that stood out), and not the ramshackle mechanics we've seen.

The other contenders for that fifth rotation spot are on notice, and Leyland is letting them know that. Jobs aren't guaranteed. Conventional timetables aren't going to be followed. Not if it makes a difference in winning ballgames. Not this year, with what's at stake. The future could be arriving a whole lot faster than any of us may have expected. And we might just have to get out of the way and let it happen.