Share All sharing options for: Oh, Juan Cruz - What Could've Been... 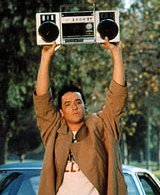 So I guess I finally have to put out my blazing torch for Juan Cruz. My months-long obsession with the flamethrowing reliever, his 12.8 strikeouts per nine innings last season, and dreams of the Tigers bringing in a reliever who could make opposing hitters swing and miss at his fastball, officially came to an end over the weekend, as Cruz ended an unexpectedly cold winter by signing with the Kansas City Royals.

(Thanks to explosivo2k2 for posting the news as a FanShot. If anyone else wants to post something you think is notable or worthy of discussion, I'd encourage you to do the same.)

I had actually given up hope for Cruz a while ago, as it became apparent that there was no interest in signing him. Whether it was because his Type A free agent status would cost Detroit a draft pick (which would've been a second-round pick, not a first-rounder, as the Tigers' poor record protected that selection), they didn't think he was closer material, or his asking price was too high, there was just no smoke from the hot stove about him coming to the Tigers. (Jim Leyland did mention yesterday, however, that Cruz's name came up in offseason discussions.)

And in the end, I guess I'm okay with that. My interest in Cruz was largely based on the belief that Joel Zumaya had to be written off for the 2009 season. But if he can come back healthy, and prospects such as Casey Fien and Ryan Perry can make contributions this year, then perhaps there's not the crying need for someone to bring the heat out of the bullpen that I thought there'd be last August. Plus, with Edwin Jackson pushing one former starter into relief, there's less room available on the pitching staff.

(Never mind, by the way, that Cruz will now pitch for an AL Central rival. If the Royals can get a game to the eighth inning, he and Joakim Soria could make things tough for opponents this season.)

Cruz also may have signed for more than the Tigers were willing to pay, especially if they didn't see him as a closer. His contract with the Royals is for $6 million over two years. (The deal also includes a $3.5 million club option for a third year.) Yet the market for middle relievers appeared to be set at $4 million per season, with the two-year deal that Jeremy Affeldt signed with the Giants. And that's pretty close to what the Tigers agreed to pay Brandon Lyon ($4.25 million, with $500,000 in incentives), presumably to be their closer.

But during a winter in which the open market just didn't work out as free agents expected - unless your name was CC Sabathia, A.J. Burnett, or Mark Teixeira - players that filled needs for Detroit turned out to be available at bargain prices. Hopefully, we're not lamenting in June or July that the Tigers could've greatly helped themselves for a second-round draft pick and $3 million a season.