Share All sharing options for: Brandon Lyon Does His Best Chase Wright Imitation

Were we a bit hasty with praising the Spring Training performance of the Tigers' bullpen? With the Tigerosphere figuring the back end of the relief corps was spoken for, Fernando Rodney and Brandon Lyon provided anything but relief today against the Boston Red Sox.

Following Edwin Jackson's scoreless four innings to begin the game, Rodney came in and served up three runs on three hits and two walks. But at least he'll be able to say, "Hey, I didn't do what Lyon did out there."

So let's talk about that sixth inning. The first batter Lyon faced was Mike Lowell. Lowell hit a home run. But that's okay. Solo home run. Shake it off, get out of the inning. Take care of Jason Bay. Bay cranked out a homer, too. Back-to-back jacks!

All right, every pitcher has one of those days. Surely, Lyon's teammates will rib him about this. Everyone will have a laugh later on. Let's get out of this inning, okay? But don't sweat it. No one gives up three homers in a row. Up comes Chris Carter. Booyah! Are you kidding? No, sir - we are not. Another ball out of the park, this one to the opposite field.

Okay, this is ridiculous. But let's just take a deep breath and focus. Just concentrate on pitching to the next hitter and get this Ivan Ochoa dude out. Get three outs, get to the dugout, and think about what you want for dinner at BD's Mongolian Barbeque tonight.

What? No. Really. Stop it. Him too? Ochoa hit a home run? Was Lyon still in the game? He was. No, I'm fine... it's just my temples are very painful at the moment. I need to keep my eyes closed. Four straight homers? Bright light suddenly hurts. 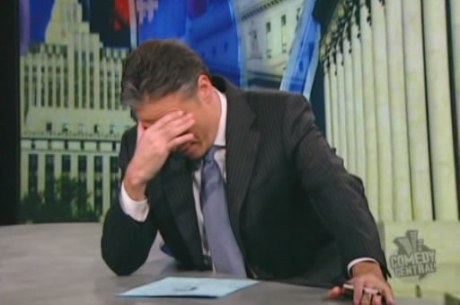 Thankfully, this was a Spring Training game. Only two pitchers have ever given up four consecutive homers in a major league regular season game. The last guy to do it was Chase Wright in 2007, pitching for the Yankees against these same Red Sox.