The Wonder of the One-Year Wonder

Share All sharing options for: The Wonder of the One-Year Wonder 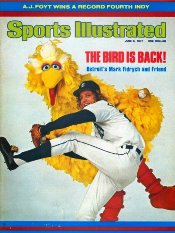 Like many in the Tigersosphere (and baseball blogosphere) writing about Mark Fidrych over the past 24 hours, I didn't get a chance to see him play. Yet I almost feel as if I did, because The Bird was such an integral part of the baseball history and culture in Detroit. I was often amazed by how enthusiastically people remembered him. And as I said in today's Morning Prowl, whenever I saw Fidrych in interviews, it struck me how genuinely grateful he was for that season of glory in the major leagues, instead of bitter or remorseful.

My father became less of a fan as he got older, but it was obvious Fidrych meant something to him. He'd tell me all about him during our first trips to Tiger Stadium, enough that I immediately associated him with the Tigers, though his career had ended years before I ever went to a ballgame.

And that's what impresses me as I'm reading about Fidrych today, hearing stories on the radio, and watching footage on television. How many players with a career as short as Fidrych's - even though that rookie season (19-9, 2.34 ERA) was incredible - leave such a deep, lasting footprint on a fanbase? On a sport? As Joe Murray posted on Twitter, the Tigers have had plenty of other one-year wonders throughout their history. But none of them are remembered as fondly or vividly as Mark Fidrych.

Here's a memory I can share, however, if you'll indulge me:

I had a short career myself, as a sportswriter. And while working at Motor City Sports (now a website, under new ownership), a recurring assignment of mine was to write a feature on the 30th anniversary of Fidrych's rookie season. During the staff meeting, another writer offered to help me out, as he had a bunch of Fidrych stuff in his basement. I kind of got the feeling he really wanted the gig. And I briefly thought maybe he should get it, as he seemed to know more about The Bird than I did. But I wanted the challenge. And I wanted the chance to write about a player that held such a special meaning in Tiger Town. 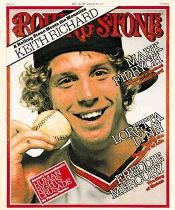 Unfortunately, it never quite came together. We kept pushing the article back, as space was needed for more "timely" articles, either previews of upcoming seasons, or features that maybe didn't need quite as much lead time. (Plus, the publication schedule was kind of spotty, and issues were put down here and there.) Finally, just when it seemed like we might get the article in for an issue in the fall, I got a call from my editor.

Michael Rosenberg had written a 30th anniversary feature on Fidrych for the paper. And all I could do was laugh. Of course that was going to happen. He was Michael Rosenberg, writing for the Detroit Free Press. I was just some wanna-be, writing for a start-up magazine that ended up folding less than a year later. Even if we'd had a chance to run a similar article, and just waited too long, it wasn't going to be seen by anywhere near as many people as Rosenberg's.

Besides, after reading the article, I was kind of relieved. Because my piece wouldn't have been as good. I can't kid myself. Ultimately, I was happy to just enjoy the story as a fan, rather than having it become work.

What I remember most from that entire process, however, is how easy it was to get ahold of Fidrych. I was used to going through the team for things like that, and figured I'd have to get some contact information from the Tigers. Plus, I thought it might seem more "legit" working through a more official channel. As it turns out, however, I didn't have to go to such trouble. Fidrych was in the phone book. Maybe that's not as unusual as I'm making it out to be. But to me, it sort of fits right in with his "normal guy" persona (I put that in quotes, because he's a bit more eccentric). Sure, call me up. We can chat.

Now, I kind of wish I'd pushed a little harder on that one.