Share All sharing options for: And boom goes the ... Yankees 11, Tigers 0 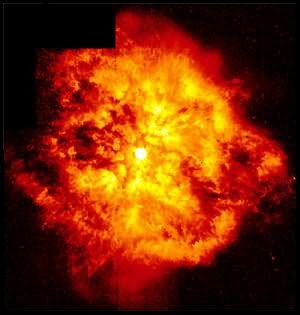 This little light of mine, I'm going to let it ...

Explode like the Tigers' bullpen in the seventh inning. Did I jinx things with this guest-blogging gig or what?

The Tigers had held the Yankees off the board for 14 of the previous 15 innings in this series, behind a nice pitching performance by Edwin Jackson. Yet for the second night, the teams' pitchers were dueling on the mound, as the Yankees' Phil Hughes made his first start of the season a successful one. Through six innings, a couple of goose-eggs stood testament to a well-pitched team by both teams.

Then boom! Reliever Ryan Perry can't find the strike zone, left fielder Josh Anderson can't find the baseball, and wheels fall off in the Tigers' bullpen and the Yankees were up 10-0. The reporters in the press box were sent scrambling to put just how bad the seventh inning was into proper historical context. I cede to Jason Beck, via Twitter:

Last time Tigers gave up this many runs in an inning was 11-run 3rd on 9/9/04 vs. Royals. It was also Lino Urdaneta's only Tiger appearance.

The roars were few, the whimpers, many. And the Tigers had their three-game winning streak snapped.

Edwin Jackson pitched six innings of shutout ball tonight against a good Yankees lineup. He labored at times, as the Yankees took him deep into pitch counts time after time. He finished the night with 76 strikes in a season-high 117 pitches, with four strikeouts, four hits and a walk.

I thought the Tigers' bullpen could outlast the Yankees' bullpen. But when rookie fireballer Perry came out in the seventh unable to throw strikes, then Nate Robertson and Brandon Lyon struggled to get the third out, there was no chance at that happening. Bullpen = kerblooey! That, and the Tigers were held to four hits and were shut out for the first time this season.

With runners on second and third in the seventh inning, with one out and Perry pitching, the Yankees pinch hit with catcher Jorge Posada. He promptly hit a 'tweaner to Anderson, who apparently tried to make the throw before he remembered to make the catch. Instead of one run scoring, two did. Just to rub it in, Yankees catcher Jose Molina hit a grand slam off Lyon. It was Molina's first home run since Sept. 21, 2008.

It started off as a fun game, anyway. We were following Rod Allen along on Twitter, having a good time. Tigers shortstop Adam Everett fell down trying to make a play in the fourth, but it didn't hurt the Tigers. It leave it to Ian, as he leaves for his week in Seattle, to provide us with a final interesting image.

Please do not let Chris Berman narrate that highlight

Kurt of Mack Avenue Tigers is guest blogging while Ian is in Seattle for the upcoming week.