Share All sharing options for: And Now... Delusional Thoughts by Nate Robertson

I realize I'm a few days late on this, mostly because had I blogged immediately after Nate Robertson telling the press he'd like to be traded, the post would've been blazing with profanity. (Maybe that would've been more entertaining, in retrospect.) But I feel like this needs to be cleared from my throat before I jump into the new season tomorrow.

Who is Robertson kidding with this stuff?

"I'm 31 years old and I've got to think about my career. I can be very productive as a starting pitcher. That's what I believe. I think I can go out there and be durable, take the ball every fifth day, give you a chance to win as a starting pitcher in the big leagues. There's no doubt in my mind."

Obviously, the Tigers disagree. But a 6.35 ERA does tend to shade one's perception. It's not like the Tigers don't want him to succeed. They need him. There were two gaping holes to fill in the starting rotation. If Robertson had pitched well enough to win one of those, he'd have one of them. (Jim Leyland said as much, albeit more diplomatically.) Isn't it really that simple? Can Nate not see that?

Does he think the Tigers owe him something based on longevity or seniority? Ask Gary Sheffield about that. Robertson is going to be paid $17 million over the next two years, a contract that only looks sensible in comparison to the $22 million going to Dontrelle Willis. If that wasn't a reward for what Nate has already done for the team, I don't know what is. In fairness, however, Nate seems to realize that.

"This is my seventh year in the organization, and maybe my time here is nearing its end. And I'm fine with that. I'll tell you what, this is a first-class organization, and I appreciate everything that's been done for me."

I can only imagine what it's like to reach the heights of your profession (and I think Nate's postseason performance in 2006 might qualify), only to then be told you're just not good enough. As an athlete, and as a competitor, I'm sure that's a tough dish to choke down. 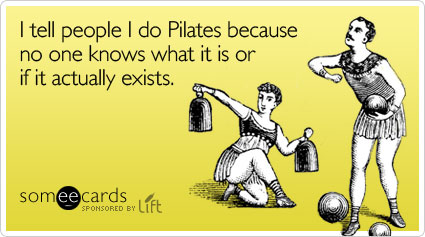 From all accounts, Robertson worked quite hard to get himself in the best shape possible for Spring Training. And though he had an inconsistent Grapefruit League season, of the three veteran candidates for that fifth starter's spot, Nate really seemed like the only guy interested in fighting for the job. Yet it just wasn't good enough. Scouts saw it, so did the Tigers coaches, and Leyland ultimately realized that he wouldn't be giving his team the best chance to win with Robertson in the rotation.

And despite pitching coach Rick Knapp suggesting to Nate that he learn to pitch "more left-handed," he sounds like someone not too eager to change his ways. He certainly isn't interested in doing so down in Toledo.

"I don't think I can learn anything there," Robertson said. "Honestly, that's my opinion. I don't think you can go down there and learn anything in my position and where I'm at in my career. What am I going to learn? How to get so-and-so out in the three hole for Richmond?"

Has Nate considered, however, that the Tigers showed some loyalty by keeping him on the major league roster? Or perhaps Mike Ilitch decided he'll be eating enough money this spring, thank you very much. Or with pitching still at a premium in the major leagues, maybe the team decided Nate was still worth taking a chance on and letting him re-invent himself at this level.

This might sound trite, but sometimes, you just don't get what you want. Your dreams do not come true. And maybe Nate Robertson is at the point in his baseball career where he needs to sit down in front of a mirror and have that conversation with himself. Fortunately for him, the Tigers are giving him the time to figure it out, hoping that he can still help them win some ballgames.