As we did last year, we wanted to open the new season by talking to someone who covers the Detroit Tigers' Opening Day opponent. Last year, Sam Mellinger and Joe Posnanski of the Kansas City Star helped us out. This year, MLB.com's Blue Jays beat writer Jordan Bastian took some time out for us en route from Jupiter, FL to Toronto.

In addition to covering the Jays - not only filing stories at MLB.com, but also blogging and Twittering - Bastian is also a Michigan State alumnus. So as you might imagine, while reporting on tonight's season opener, he'll also be pretty interested in what goes on at Ford Field tonight.

Bless You Boys: Did the Blue Jays' offseason work out the way you expected? Names like Rafael Furcal, Jason Giambi, and Orlando Cabrera were being tossed around, yet Toronto ended up signing lower-cost options like Kevin Millar and Michael Barrett. Did J.P. Ricciardi end up handcuffed by ownership? 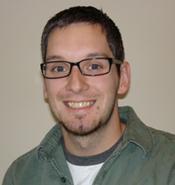 Jordan Bastian: The offseason didn't go as expected, no. When last season ended, Toronto had every intention of being more involved in the marketplace, but as the economy suffered, the team re-evaluated its stance. Having two injured starters (Dustin McGowan and Shaun Marcum) helped convince the Jays to look more toward 2010 than 2009. Ownership opted to cut payroll in an attempt to come closer to matching the anticipated revenue.

The hope is that the club can spend more freely next winter, knowing they have some arms back in the fold. In that sense, the Jays aren't calling this a complete rebuilding year.

BYB: How worried are the Jays about Vernon Wells? He pulled a hamstring early in Spring Training, and is now dealing with a sore left wrist. Is the approach going to be crossing their fingers and hoping Wells can stay healthy, or do you see the team making any sort of precautionary moves?

JB: I don't think the Blue Jays are worried that much. It seems to be more of an "It is what is is" situation. Wells has had some issues in the past and the type of injuries they are could mean he will continue to have problems in the future.

That being said, when Wells was in the lineup last year, he was the team's most productive hitter. His offensive numbers didn't tail off that much due to the injuries. Of course, the goal is to have him play 150+ games, not 100. The only precaution the Jays might take this year is to have Wells make more starts as the designated hitter.

BYB: B.J. Ryan is another guy going into the season with injury question marks. The Jays seem to have enough depth in their bullpen to insure themselves, but how worried is Cito Gaston that Ryan might not be a dependable option in the ninth inning?

JB: This seems to be a low-level concern at this point. Both Ryan and Ricciardi have downplayed the velocity issue that was raised this spring by Gaston. Ryan thrives on deception and movement and that was more of the problem. Health isn't an issue. Ryan is in good shape and full recovered from his Tommy John operation. He'll open the season as the Jays' closer.

That being said, if his control problems do persist, Gaston will consider turning to Scott Downs for saves.

BYB: With the emergence of the Tampa Bay Rays in the AL East, along with the Yankees bringing in even more high-priced talent, do you sense any feeling in the organization - or among those that cover the Jays - that the opportunity to compete for a division title may have passed? Or is there still a belief that the team has a nucleus of a contender in place?

JB: Much of the core of the Blue Jays' roster, including Ricciardi and Gaston and the coaching staff, are signed through 2010. The window of opportunity seems to be through next season in that regard.

Toronto believes it has talented young arms behind Roy Halladay and a solid core with Wells, Alex Rios, Aaron Hill, and youngsters like Travis Snider and Adam Lind. Beyond next year, though, it could be more of a rebuilding mode with some younger prospects being counted on after the departure of some of the core players.

BYB: Who is a player Tigers fans might be surprised by in this opening four-game series? Did anyone develop during the spring that might be on the verge of a breakout?

JB: Keep an eye on rookie left-hander Ricky Romero. He was counted out mid-way through spring and then he retooled his delivery and won a rotation job. He'll be making his major league debut on Thursday -- the finale of the season-opening series in Toronto.

Beyond Romero, Hill is making his return after missing much of last season due to a concussion. If he is back at full strength, Toronto's offense could be much better than it was last season.

BYB: I have to ask you this bonus question, since you're a Michigan State alumnus: How do you see the Spartans doing tonight, and do you think it's overdue for MSU and Tom Izzo to be considered among the elite in college basketball?

JB: Is Izzo not considered one of the elite coaches? I'd say he is, but for argument's sake, if he's not, yes, he should be. Five Final Four appearances in 11 years? Every four-year player under his watch making it to the Final Four? An NCAA title? Izzo has helped Michigan State become one of the biggest tournament players in recent years. No matter how their regular season goes, the Spartans seem to make noise in March. It was a joy to watch them play when I was at State and having them reach the Final Four my last year there in 2005 was awesome.

In the title game, it'll be tough to take out the Tar Heels. Then again, State wasn't supposed to be able to get through Kansas, Louisville or UConn, either. It's a great story, being in Detroit and in the current economic climate in Michigan. I'm hoping those 60,000 Spartan fans can help drown out UNC's chances.

Thanks to Jordan for answering our questions on relatively short notice. Once again, you can read his blog at MLB.com and keep up with him and the Jays on Twitter.