This Week's Poll: Where Do the Tigers Finish?

Share All sharing options for: This Week's Poll: Where Do the Tigers Finish? 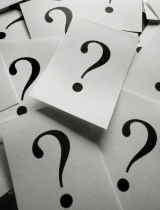 We're keeping it pretty simple this week, people. (Though a day late, due to Opening Day.) But really, not much lead-in is necessary for this one. A new season begins this week. Will the Tigers compete for a division title or are they going to fall short?

Boney posted a poll in the FanPosts a week or so ago, asking how many games the Tigers will win. So we'll try it a bit differently for this week's poll question:

Where will the Tigers finish in the AL Central?

Your comments on the subject are also welcome. (People have been posting their AL Central picks in this thread.) You can find the poll on the right sidebar below the FanPosts block. Or you can vote here. And if you have suggestions for future poll questions, shoot me an e-mail.

Nothing like having a poll question negated by a transaction a day later, eh? Gary Sheffield's release kind of quashed this one. I really should've posted another poll on Wednesday. C'est la vie.