Okay, people - you know what's at stake. And by the time you read this, only mere hours remain in which to make a difference. Vote Brandon Inge to the 2009 All-Star Game!

A surge of support for the Tigers' third baseman has put him in the lead for the Final Vote. As of 10 a.m. this morning, he maintained a slim lead over Ian Kinsler for that final All-Star spot. Giving a major boost to the Inge movement was a joint effort between the Tigers and Phillies to get Philadelphia fans to vote for Inge in return for Detroit fans voting for Shane Victorino, who's on the NL Final Vote ballot.

Here's the ballot. Do that thing you've been doing all week. 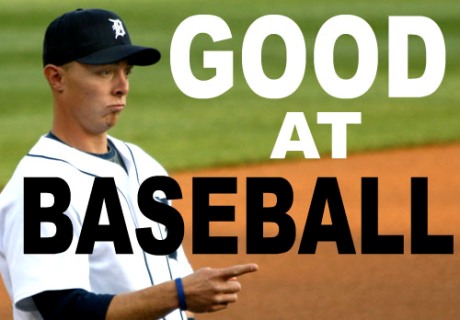 Image courtesy of Roar of the Tigers

The Inge-Victorino campaign, as most of you surely already know, has been dubbed "Bran-Torino." Catchy? Maybe. A clever pun on a recent movie title? Sure. I think this has more of a future as a breakfast cereal idea, however. Little bran clusters shaped like 1970s muscle cars? Vroom! Delicious.

We're down to the final hours in this Final Vote. All the stops are being pulled out. The Tigers are doing this "Bran-Torino" thing. Detroit4lyfe is giving away Tigers key chains. (Although that helps D4L out more than it helps Inge, doesn't it? It helps you too, of course, if you want a Tigers key chain.)