Brandon Inge maintained his narrow lead over Ian Kinsler for the AL All-Star Final Vote throughout the day, powered by a big promotional effort at the ballpark and online from the Tigers, a clever cross-promotion with the Phillies (Bran-Torino!) to get votes from their fans in exchange for backing Shane Victorino, and just an incredible wave of support from Tigers fans.

Just look at the thread we had open here at BYB today in the final hours of voting. (Apologies for the hiccup we had at SB Nation around 2 p.m., by the way. All problems appear to have been fixed.) You guys were voting at work, at home, at the gym, and pushing one another to keep our collective foot on the pedal (crashing MLB.com) and give Inge the final push necessary to win an honor he richly deserves. Give yourselves a hand. Seriously. 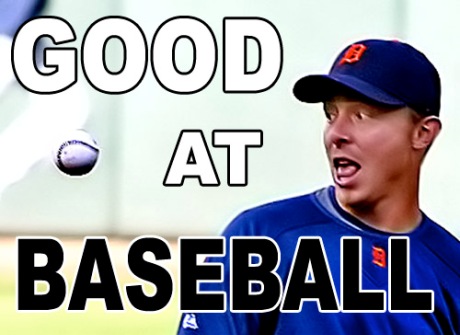 Image courtesy of Roar of the Tigers

And so the Detroit Tigers will have four representatives at the All-Star Game next Tuesday, three of which will be playing in the game for the first time. (Amazingly. the group doesn't include the player most would consider to be their best.)

The quartet tells the story of this season, as well. Two starting pitchers having amazing seasons, giving the Tigers something virtually no other team has right now. An exciting young player who's given his team a big chunk of the limited offense it's received, who's now a face of the team and an ambassador for his sport. Then there's the comeback kid. The guy who's been here through bad times and good. Who didn't seem to have a place on the team last year, but persevered, made important changes in his game, and been rewarded with a resurgent season.

Congratulations to Justin Verlander, Edwin Jackson, and Curtis Granderson. And a slow clap for Brandon Inge.