The Detroit Tigers continued what has been a sensible, successful offseason with the signing of Magglio Ordonez for a one-year deal reportedly worth $10 million. Sports Illustrated's Jon Heyman reports Ordonez turned down a deal worth more years and more money to remain in Detroit. That's the kind of loyalty you don't see enough of in professional sports, and the Tigers fans who have enjoyed Ordonez for years will surely adore him even more for it.

With the signing, the Tigers can officially feel like they've taken a step forward with their offense in 2011. The middle of the lineup now features three above-average batters in Ordonez, Miguel Cabrera and Victor Martinez. All three know how to get on base, hit for average and hit for power. When Carlos Guillen recovers from the microfracture surgery he had on his knee in September and returns to the lineup, that makes four Venezuelans who will likely all bat consecutively. In what order? We don't know, and frankly it doesn't matter all that much. This should be quite fun to watch. 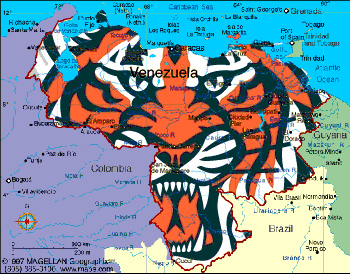 Although not the kind of exciting offseason most fans were expecting, this has been one that the Tigers did most things right. You can certainly debate the exact number of years and dollar amounts given out to Brandon Inge, Jhonny Peralta, Victor Martinez, Joquin Benoit and Magglio Ordonez, but doing so seems kind of petty. The organization has learned from past mistakes and practiced restraint well so far this winter while building a better club.

The team is better across the board, and it didn't mortgage the future to do so. It didn't make any moves that will hinder flexibility in the future. We're talking about $11.25 million total for Peralta and $11.5 million total for Inge across two years for each, $10 million for Ordonez in a single year, $16.5 million for Benoit across three years and $50 million for Martinez across four. They can put a division contender on the field in 2011 while being able to make a midseason upgrade if that is necessary and hitting the free-agent market again next offseason and in future ones to make adjustments as needed.

The important factor in each of these positions is that the Tigers paid a fair amount given the other contracts we've seen this offseason. They got players who are above average in at least one facet of the game, sometimes multiple facets. The left side of the infield is better today than it was Opening Day 2010. The Tigers' lineup is markedly improved. One could make an argument the team should get league-average or better batting out of each position. The bullpen features some clamp-down veterans in the late innings, while some younger players will battle for the other relief positions. And almost by default the starting rotation actually is better than a rotation that included Dontrelle Willis and Jeremy Bonderman.

What's left to do? They still need to keep their eyes open for improvements to the rotation. That would really be the final piece to the puzzle in fielding a club that will contend all season long.

The Tigers rightfully deserved to be critiqued for past mistakes, but they should be commended for doing a great job so far.