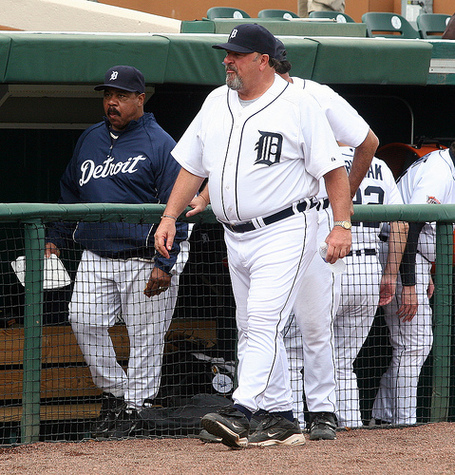 The Upper Peninsula is a pretty big place, but sometimes it can feel pretty small. Sitting in Marquette on Sunday while talking to Baseball Prospectus writer David Laurila (Trenary) about meeting former Tigers reliever John Hiller (Iron Mountain area) and retired teacher Victor Pajunen (Chatham) all the way down in Lakeland, Fla., was one of those times it seemed like everyone actually does know everyone up here.

Laurila was in Lakeland in January to do a story (free content) on one of the Tigers' two fantasy camps, both of which lasted one week and gave fans the chance to play baseball with some of the great Tigers of the past, Laurila wrote.

Power hitters and banjo hitters, male and female, younger and older, the campers come to Lakeland not just from the Great Lakes State, but from anywhere you might find a Tigers fan. In week one, 17 different states were represented, as was the province of Ontario. So was, quite remarkably, Taiwan. As (1968 Tigers reliever Jon) Warden put it, "You meet people from all over, and from all walks of life. We get doctors, dentists, CPAs, and truck drivers, but when they put that Tigers uniform on, there’s no identity as to who the people are. For that one week, they‘re all Tigers."

Laurila's story tells how the former players and the camp attendees trade stories, and not the ones you read or hear in the media, either. It's that kind of interaction that keeps people coming back.

"It’s always been my fantasy to be a major leaguer, and this is the closest I’ll get to it," shrugged Pajunen, who was participating in his 17th camp. "Why am I here? I just like to play baseball. Plus, the players have a lot of good stories and it’s fun to be with them. It’s also nice to get away from the snow for a while."

His story was a great read, so I asked Laurila a few more questions about the experience and got his opinion about the Tigers' offseason. The interview is after the jump. 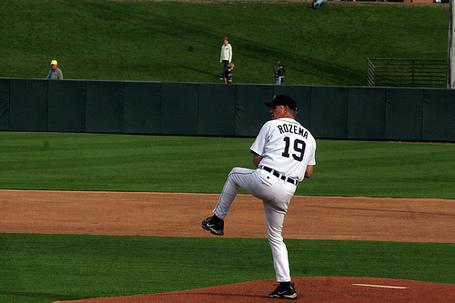 Kurt Mensching: What did you expect to find before you went down to the camp?

David Laurila: It's the first one I've seen. I only knew what the Camp Director Jerry Lewis told me. It was pretty fascinating. It was almost more of a social event than baseball from what I observed.

When they were on the field actually playing, all the campers seemed deadly serious. They really wanted to play and perform. When they weren't on the field it was all just laughing and joking with teach other and hearing stories from the former players.

KM: You wrote about interviewing Justin Verlander, Brandon Inge, other guys like that, and that's no big deal any more. But being a guy from Michigan and meeting someone like Willie Horton or Mickey Lolich kind of taps into the childhood fan in you. Who were you excited to meet?

DL: Probably John Hiller, oddly enough. He's not one o the bigger names. He was a big name when I was a kid relatively speaking. The fact he spends half the year living in the U.P. now makes for an added connection to me because there aren't a whole lot of Yoopers involved.

(Editor's note: Other Yooper baseball players off the top of my head, should you wonder: Dick Pole from Trout Creek, Kevin Tapani from Escanaba)

KM: What was your biggest surprise when there?

DL: The fact that there were several women and people from the U.P. were my biggest surprises. And maybe a small surprise was, I thought the people who go to these camps were businessmen who have a lot of extra money to throw away at things like this. I don't know who the people were so much, but they didn't strike me as business types. They struck me as regular people who absolutely move baseball.

KM: Does the fantasy camp look like an experience for all types of baseball fans or is there a specific type who might get the most out of it?

DL: I think the experience is probably, if you really love baseball and you can only afford to do it once, where else are you going to have the opportunity to sit down and have a drink with Mickey Lolich or Dave Rozema and have a drink like you were at the corner bar? It happens there. That's why you're down there, the players and the fans.

KM: You wrote about the players sharing stories with the campers that they didn't share with the media. Was that a surprise at all?

DL: It really wasn't surprising. Athletes have learned over the years to become careful with the media. They always tell a lot of stories. There are a million stories you can't really tell. They just love the stories from the players, things that have not been in the press.

KM: Final question: You write for Baseball Prospectus, so I have to ask. What do you make of the Tigers' offseason moves?

DL: I think the trade they made with Curtis Granderson, Max Scherzer, Daniel Schlereth and Austin Jackson, the Tigers got the best of that trade of any of the three teams. If you talk with statistical analysis and projection, they just clearly won.

I know a lot of Detroit fans looked at how popular Granderson was and thought it was an awful trade. But people in the know think the Tigers made the best deal. I actually believe that 100 percent.

Laurila's work for Baseball Prospectus can be found here.