I'm pretty fried - literally, I got quite sunburned today - and I'm trying to remember stuff from yesterday's game that I was too tired to write about. There's not really much to add that wasn't in the recap. My dad called the home run that Johnny Damon hit, as he came up to bat. That was pretty amusing. It was nice to see D-Train, Bondo, and Nate all have good outings. I didn't think it was possible, but I now feel even more clueless about how back end of the rotation is going to pan out. Once again, photos from Saturday are here.

Today we were right behind home plate about 20 rows up, which meant more shooting through the net. I'm not a fan, it's hard when you're several rows behind it, but I think I did OK considering I've never had to deal with it before. I convinced a couple of ushers to let me stand right behind the field boxes to take some photos of pitchers today. Both games were beyond sold out so I couldn't really get in other people's seats to do it.

Okay, I'm tired, so the rest in list form then some photos and links to the photo sets.

- Jeff Niemann started for the Rays. I can't remember the last time I saw a curveball that batters had so much trouble hitting. I was impressed.

- Austin Jackson had a great game with two triples; the wind might have helped a little but they were solid hits. It's like he has three speeds. Fast, really fast, and WHEEEEELS. Really fun to watch.

- Saw patient at-bats by Jeff Larish, Max St. Pierre, and Casper Wells. If I remember correctly they all came around to score once other players batted them in. So good work there.

- Rick Porcello had an excellent first inning, then he wound up walking two, but only allowed two hits and no runs. It seemed like he was working some stuff out in his head. He also made a great pickoff throw to 1B and got Sean Rodriguez out, though.

- Eddie Bonine threw his knuckleball several times today and confused a some hitters. That was nice to see, it looks like he's getting good control over it.

- I was really hoping to see Brennan Boesch smash one over the fence but that didn't happen. He did hit a hell of a double; there was a mix of Tigers and Rays fans in the rows behind us and most had already heard about him as he came up to bat.

- Finally saw Robbie Weinhardt pitch. I really can't wait for everyone else to see him. He got the save today and made a huge fan out of me, though it didn't take much after watching him in the AFL. He has a calm presence that says, "You're not going to hit anything I throw at you. Deal with it." (He did allow a hit, but you get what I mean, I'm sure) Not to say he comes off as cocky or anything - he just shows up and gets the job done. Hope to see him in Detroit soon.

Some photos from today after the jump.

(P.S. According to today's game notes, April 7 game will be televised on FSD after the Wings game that night is over, and will be replayed in its entirety at midnight. Kurt just wanted me to add this bit of news since this post is kind of a Morning Lede) 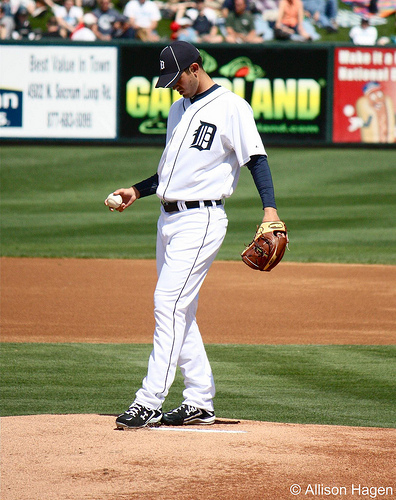 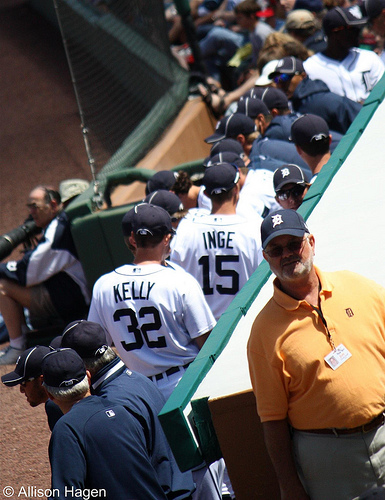 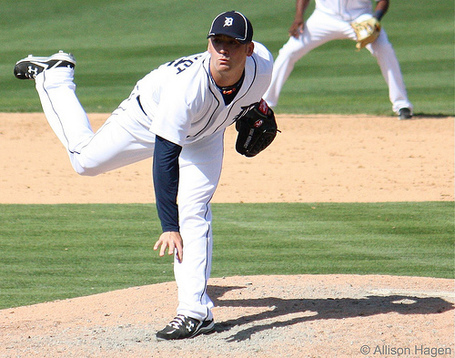 The full set is here.