Kurt asked me to do a post about common player nicknames, photos, and general terms we use here at BYB, for those who joined us during the off-season or show up later this year. My original "position" was to be a comment moderator for the GameThreads, and that hasn't changed even though I do what I can otherwise. We've been having GameThreads all spring, and soon they'll really count - everyone needs to be brought up to speed! I can't remember everything, so please feel free to comment with anything I forgot and I'll do my best to add it to this post.

Part I: Player Nicknames and.. stuff, in no particular order

Eddie Bonine - Eddie doesn't really have a nickname per se, but if anyone ever asks, "are you ready for Eddie?" upon a pitcher's injury, that's who it's referring to. Oh, and this: 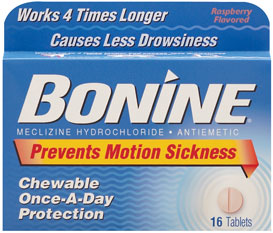 Fu-Te Ni - We are the knights that say NI! 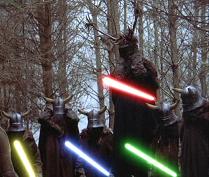 Oh jeez, I had Nate Robertson next on the list.

Bobby Seay - Seay-isms - Refer to this post for some good ones. I guess I'll take this opportunity to officially retire the Seay-Lyon 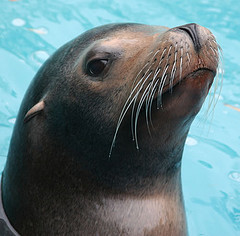 Justin Verlander -JV. He who possesses the bionic arm. Justin also has an evil twin brother named Jason, who tends to enter his starts around the 5th inning and give up a bunch of runs.

Alex Avila - Due to his amazing hitting upon callup last year, he is the Lord and Savior. Common to replace the name "Avila" where one would normally say "God", I.E. "Oh my Avila"

Gerald Laird - G$. G-money. He guns down runners with this: 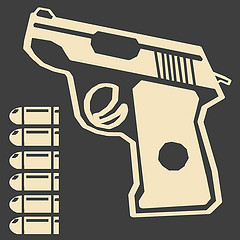 Miguel Cabrera - Miggy, Big Mig, Migs, Cabby (ugh, I hate that name). Miggy does not hit singles, he hits singuels. Also known as Thunder Calves whenever he wears his socks up.

Adam Everett - Rarely referred to by his actual name, Adam is known as Opie. Also commonly called Out #3, for sadly obvious reasons.

Brandon Inge - Binge, Inge, Ingie. Brandon hits bingles, not singles. Anytime any third baseman misses a catch, Brandon would have had that. And never forget.. 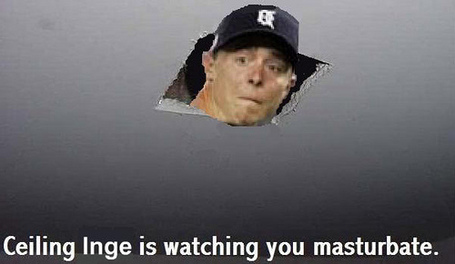 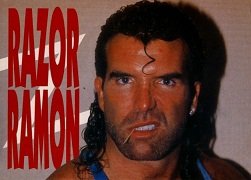 Carlos Guillen - The Guillentine, Carlitos. I don't think there's a consensus over his name regarding him being constantly injured, but there are several.

Brent Dlugach - DUH-LOOOO-GACH!!! (Fact: that is how his name is pronounced, with more or less enthusiasm, depending on the situation), Doogie 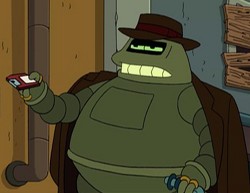 Ryan Raburn - The opposing team is RABURNED when he hits one out or throws a player out at home. Also, please take note of correct spelling or risk being banned: 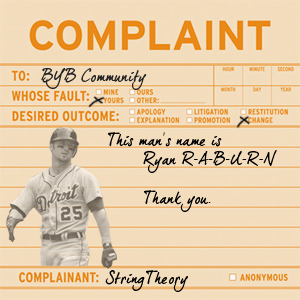 Zach Miner - Doesn't really have a nickname, other than Throw Strikes. Also note correct spelling of this one.

Phil Coke - A new addition to the team, no nickname but there'll be plenty of puns.

Jose Valverde - Also a new addition, he comes with the nickname Papa Grande. We'll see if it sticks around here.

We support good eating habits for our players. Photos of vegetables are a staple when a rally is needed.

However, Rally Bacon is also helpful here, stemming from a day last season that I was cooking bacon during a game the Tigers were losing. They pulled a walk-off win that night, thus Rally Bacon was born. Any photo of bacon will do. Actually eating it also helps.

The rally squirrel showed up on the field at Comerica Park last year. He has brought mixed results but is worth a shot sometimes:

The Anteater makes an occasional appearance: 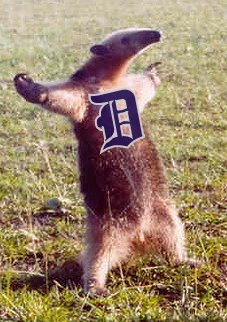 And he'll make sure everyone knows when we win, too: 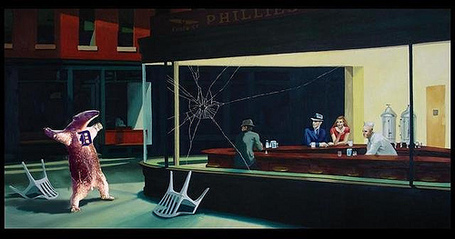 Finally, after a good win, Jesus Zoidberg comes to the afterglow thread to bless us all. 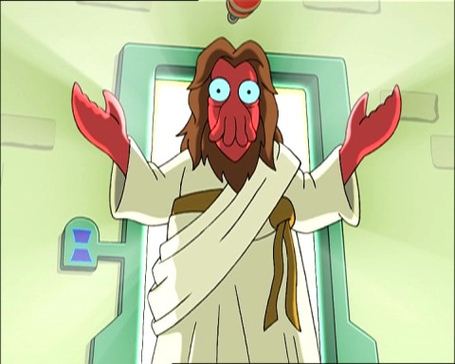