Share All sharing options for: Morning lede: Johnny Damon thru the years

With Max Scherzer getting beat like a drum for a 4th consecutive start, this time by a member of the AL east coast axis of evil, we need something to take our minds off of the Friday night carnage. A palate cleanser, so to speak.

How about a Johnny Damon pictorial...with commentary!

We begin with a mature, worldly, sophisticated and ungodly rich Mr. Damon, as he appears with the Tigers today. 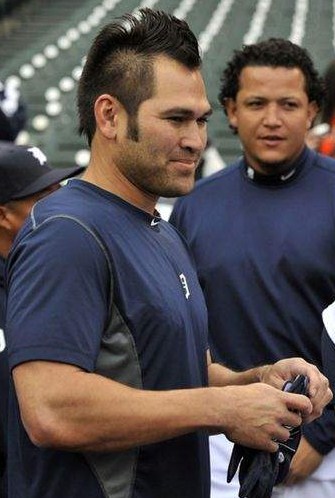 Miggy appears as bemused as the rest of us are when seeing a man much closer to 40 than 20 wearing a faux mohawk...

Now let's go back in time. A simpler time, before there were such crazy things like "weblogs." The mid 90's.

A young ballplayer named Johnny Damon played with such immortals as Joe Randa, Bob Hamelin and Jose Offerman as a member of the Triple A Kansas City Royals. This clean cut young man had yet to be corrupted by the cash from the east coast axis of evil. 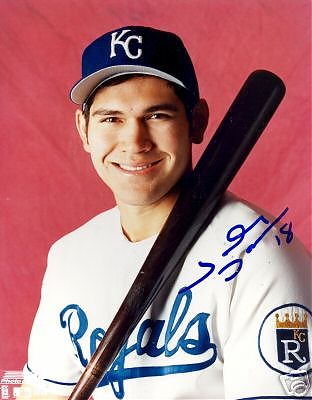 Did Damon EVER look this young? Nah. I suspect photoshop.

There's rumors Damon spent some time on the west coast. I didn't believe it...till I found this. 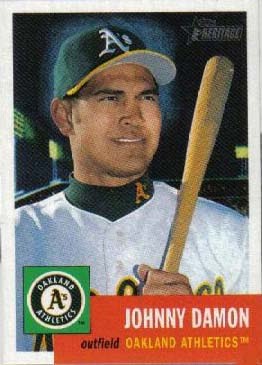 They play baseball on the west coast? I thought they only played Moneyball...

Almost all photo evidence of Damon's one season spent in exile in Oakland has been wiped from the web. It's as if it never happened.

Then the east coast axis of evil came a-calling, with a Brinks truck full of cash in tow. First, it was the Boston Red Sox. Damon was so ashamed to play with such a rich, evil team with a beyond obnoxious and annoying fanbase, he tried to disguise himself. 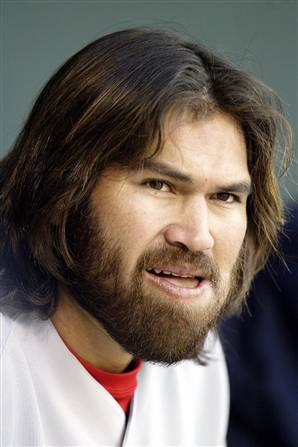 Baseball Jesus, or Unfrozen Caveman Outfielder, you make the call!

Damon was found by the other member of the AL east coast axis of evil, the New York Yankees. Another Brinks truck full of greenbacks later, Damon was headed for his own version of Bright Lights, Big City. 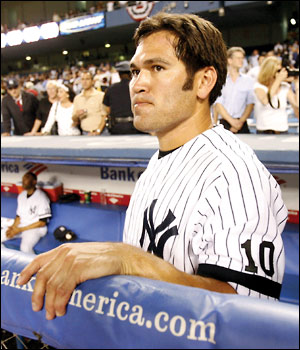 Why so serious? Is he looking for Boston snipers?

After spending 4 years of Hell playing for the loud mouthed Stienbrenner family, Damon once again moved on to the highest bidder. The Detroit Tigers. 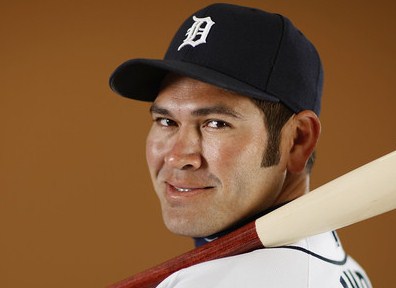