We've reached 40th game, the quarter pole of the 2010 season. Sparky Anderson used to say you can't make any sort of judgment on a team till they've played 40 games.

Feel free to make your assessments!

What are my thoughts on this development? 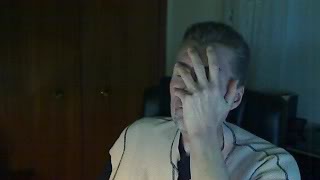 Leyland and his screwy batting orders drive me freaking insane...

Doesn't it feel as if the Tigers were just on the west coast a couple of weeks ago Oh, yeah...they were!

Now they have another 7 game swing, starting with all of 2 games in Oakland. The first matchup is against Dallas Braden, he of the recent perfect game.

Seriously? MLB must hate the Tigers.

To be honest, a 3-4 record should be considered a very successful trip.

Much in thanks to the heavy hitting top 5 of the batting order, the Tigers are 3rd overall in the AL with 128 extra base hits, and 2nd overall in doubles with 98 2 baggers.

Justin Verlander's May is a total 180 from his April. This month the Tigers number one starter has 3-0 record, a 1.71 ERA and has held the opposition to a .151 BA. Those are ace type stats, people.

Regardless of his recent success, Braden's career stats against the Tigers are nothing special: 6 starts, 2-2 record, 7.34 ERA. Verlander's ERA is solid against the A's, at 3.07 in 7 career starts...but he’s 1-3 at Oakland-Alameda Coliseum.

It's Brennan Boesch's world, we're just living in it: According to STATS, Boesch is the only player to hit at least .387 with 19 RBIs, 3 HR, 2 triples and have 10 mult-ihit games in his first 20 MLB games since at least 1952 (I'm assuming '52 is as far back the searchable stats go). The 2 players who had the most similar starts to their career when looking at the traditional (BA, HR, RBI) power stats? Hall of fame member Willie McCovey and former rookie of the year, now career journeyman, Jeff Francoeur. You can guess which career I'm hoping Boesch emulates...

During the last west coast swing, the 10 pm starts tended to end well past 1 am here in the eastern time zone. I suggest you load up on the caffeine. It's going to be a long, late night.