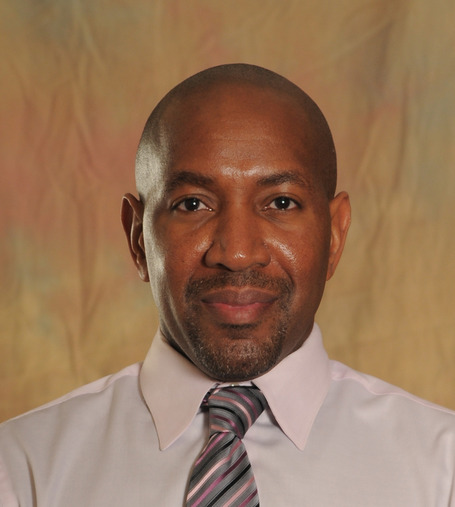 When you're covered in makeup, standing under the hot, unforgiving lights and dueling with an opponent in front of television cameras, seven seconds aren't counted off with Mississippis in the middle. Viewers at home might be shouting out answers to the trivia questions asked on MLB Network's upcoming quiz show, Baseball IQ, but it's a lot harder when you're the one on the show, Tigers director of marketing Ron Wade says.

Wade is representing the Detroit Tigers -- and their charity, the Detroit Tigers Foundation -- on the 30-minute show which makes its debut at 9 p.m. eastern on Tuesday. Two episodes will air every Tuesday, Wednesday and Thursday, leading up to the opening of spring training camps in late February. Wade did not know when his episode would run, specifically.

"You have to come up with an answer quick," Wade says. "It's a lot of fun. I highly recommend people tune in to it."

Hosted by Matt Vasgersian, Baseball IQ features 32 contestants, one from each MLB team plus representatives of MLB.com and the Baseball Hall of Fame, meeting up head-to-head in bracket-style format with a chance to win up to $45,000 for their charity. In the opening round, Wade opposes White Sox director of baseball operations Dan Fabian.

"We joked about (the rivalry between the teams)," Wade says. "We were talking about disco demolition night, Tigers-White Sox clashes in the past.One of those things we were saying is if somebody is going to win it, we want it to be the A.L. Central.

"But it wasn't a huge rivalry. No fisticuffs."

The Detroit Tigers Foundation focuses on youth, education and recreation programs, and helps to renovate baseball fields, as well, so Wade hoped to bring back some money to help the cause.

"It's near and dear to the organization's heart," he says. "It's been doing great works, and will continue to do great works. I was very honored to be representing it."

Just making it to the MLB Network studios in New York was an accomplishment. The first step of the process was a written test given to anyone interested in competing. The questions were a lot harder than how many home runs Hank Aaron hit or who won the World Series in 1968.

"I think everybody looked at these questions like, this is a lot harder than sitting at a bar doing bar trivia," Wade says.

He expected someone from the media relations department would end up representing the Tigers. After all, a key part of their job is putting together statistical notes that focus on the trivial. However, those who made it to the show actually ranged from museum curators to front-office members to video coordinators and equipment managers.

"I don't really have a trivia background," he adds. "I was a Tigers season-ticket holder at Tiger Stadium. I had season tickets at Comerica Park. Section 103, Row D. In the bleachers.

Wade, 41, is a near lifelong resident of Detroit, who graduated from Harper Woods Notre Dame High School in 1987 and Wayne State University with a M.A. in Sports Administration. He's not a baseball lifer, either. Wade's first college degree came in biology, after which he took a job working in cytogenetics, the analysis of human chromosomes.

A baseball fan who was interested in what was going on behind the scenes, Wade went back to Wayne State to study sports administration. "I joked I had my first midlife crisis," he says. He served as an intern with the Tigers in the infamous 2003 season.

Just a little bonus Ron Wade trivia for you: He was in attendance for Game 6 of the the 2003 NLCS between the Cubs and Marlins. You might better remember that as being the Bartman game.

After his internship, Wade worked in group sales for the St. Paul Saints before being hired by the Tigers in 2005 -- just in time for a fun ride. "2006 was a magical season," he says. "Last year was just as rewarding, if not moreso.The team was great. We really battled. We're all wrapped up in it. It was just a magical season, on par with 2006. We've just got to get those last six wins."

As the marketing director, Wade's duties include not just advertising the team in a traditional sense through newspapers, radio or television, but also through social media. He is involved in the team's website and Twitter accounts, and there's a good chance he's the person who responded to you from the @Tigers account.

A self-described geek, two of Wade's offseason projects are putting together the team's pocket schedule and helping design the tickets received by season-ticket holders. That part of the job is especially near and dear to his heart.

"You know that having season tickets come in the mail is like Christmas," he says. "It lets you know winter is almost over, baseball is coming, I used to love running to the mailbox and getting that big package. You think of all the potential games and opponents you want to see. You think, this could be the year.

"It's a little geeky thing for me to do. It's a labor of love. I think this year's design is going to be really great. But I like to keep it under wraps. We get questioning: Can you show us the design? Can we put this on the website? I don't like releasing it until season ticket holders see it first."

Wade could not talk about how he did on Baseball IQ or what kind of questions he was asked. But he can tell you he had a lot of fun while taping for the program, and he thinks that should make for some pretty good television for baseball fans.