Justin Verlander's six shutout innings and Miguel Cabrera's 41st home run were among the keys to victory in tonight's 6-2 win.

Justin Verlander won his 15th game by tossing 6 shutout innings while Miguel Cabrera continued his assault on the Triple Crown by hitting his 41st home run, leading the Detroit Tigers to a 6-2 victory over the Oakland Athletics.

A's starting pitcher Brett Anderson was lifted after 2 1/3 innings after landing awkwardly after a pitch. Anderson took the loss, allowing 3 hits and 3 runs.

Omar Infante paced the Tigers with 3 RBI, Andy Dirks contributing 3 of the the Tigers' 10 hits. Stephen Drew had a pair of hits and an RBI for the A's.

The A's did Verlander a solid, ending the 1st inning on a silly base running mistake. On base via a walk, Seth Smith rounded 2nd base a bit too far on Yoenis Cespedes' single off the glove of Jhonny Peralta, the ball rolling into short center. And by rounding 2nd a bit too far, I mean he was halfway to 3rd. Smith was dead to rights trying to scramble back to the bag.

Verlander found himself in another jam in the 2nd. Josh Donaldson and Daric Barton singled with 1 out. But Verlander got out of trouble in Verlander fashion, striking out Derek Norris and Cliff Pennington.

While the A's were working Verlander hard, the Tigers were doing nothing against Anderson, going down in order through 2 innings.

Verlander continued to walk on the edge, then dancing away. The A's put a runner in scoring position for the 3rd consecutive inning, Verlander again getting out of a jam with a strike out.

Andy Dirks became the Tigers' 1st base runner, lying down a perfect drag bunt for a single, leading off the 3rd. How perfect? The A's didn't even bother to throw to 1st.

Gerald Laird followed Dirks and pushed a bunt to the same spot, beating the throw for a 2nd straight infield hit. Austin Jackson advanced the runners with a swinging bunt,giving the the Tigers runners in scoring position without hitting a ball out of the infield. Omar Infante did hit the ball out of the infield, pulling a 2 RBI double down the 3rd base line, giving the Tigers a 2-0 lead.

On a 2-2 pitch to Delmon Young, Anderson either slipped or fell as the pitch was fouled off. 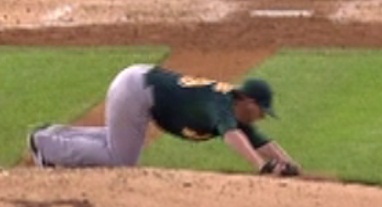 Landing awkwardly, A's trainers rushed out of the dugout, being Anderson is only 6 starts into his comeback from Tommy John surgery. The A's determined the night was over for Anderson, pulled for Pat Neshek. (ESPN later reported Anderson suffered an oblique strain, aka Doug Fister's worst nightmare)

Young swung at Neshek's first pitch, launching a sacrifice fly to center, scoring Infante. Despite only 1 base hit leaving the infield, the Tigers were up 3-0.

Once again, the dynamic duo of Dirk and Lard gave the Tigers an opportunity to extend their lead in the 4th, back to back singles (into the outfield this time) with 1 down. but Neshak got out of trouble by striking out Infate, who went fishing on a pitch out of the zone.

The Tigers pushed their lead to 4-0 thanks to a 2 out rally in the 5th. Young crushed a double off the base of the wall in dead center for a 2 base hit, scoring easily on Peralta's single.

Verlander was on a short leash going into the 6th, sitting on 109 pitches to start the inning. 13 pitches later and the inning over, Verlander received Jim Leyland's "Handshake of doom."

How good is Justin Verlander? He pitched 6 shutout innings while having some the worst command I've seen from him this season. Verlander allowed 5 hits and 3 walks, pitching from behind in the count in the majority of at bats, yet left holding a 4-0 lead.

Thanks to Verlander clawing his way through 6 innings, Leyland was able to use Octavio Dotel in his normal routine, starting the 7th inning. Dotel would set the A's down in order.

The A's did their damnedest to pitch around Cabrera in his first 3 at bats, walking him twice. Cabrera narrowly missed an extra base hit in the 5th, Josh Reddick making a nice running catch. But you can only keep Cabrera under wraps for so long...so long being until the 7th. Cabrera tomahawked Jim Miller's shoulder high fastball, sending a majestic big fly over the bullpens in left for his 41st home run and 130th RBI of the season. 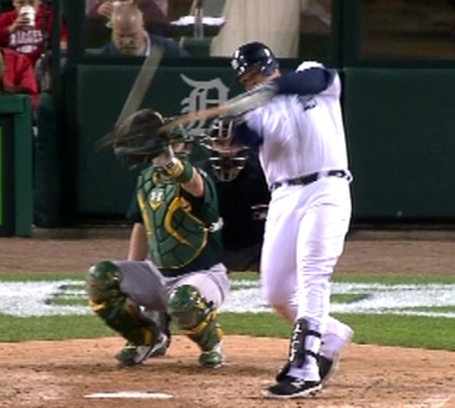 As Cabrera continues his assault on the Triple Crown, let another wave of AL MVP arguing begin.Actually, it hasn't stopped...

Leyland went by his bullpen bible, so Joaquin Benoit took the mound at the start of the 8th. After a lead off double to Smith, Benoit sent the A's down in order.

The Tigers continued their offensive barrage in 8th, loading the bases with 1 out. Avisail Garcia and Dirks reached base with singles, Jackson walked to fill the bases. Infante brought home Garcia on a fielder's choice, the Tigers' lead reaching 6-0.

After 2 were out, Papa Grande was touched for a walk, a pair of defensive indifference calls and RBI singles from Cliff Pennington and Stephen Drew, accounting for the only A's runs of the night. But Valverde struck out Smith to end the game in style.

The Tigers knock off the wild card contending A's for the second consecutive night, 6-2. The season is not over....but it sure would help if the Royals could win a game.

Bullets are brought to you by Rod Allen's buddy at Ace Hardware. 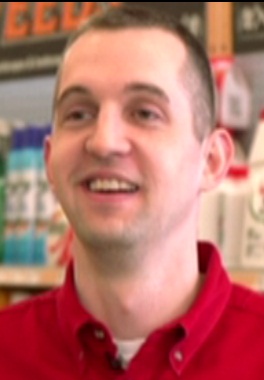 Justin Verlander was a mite frustrated with his lack of command while talking animatedly with Gerald Laird. 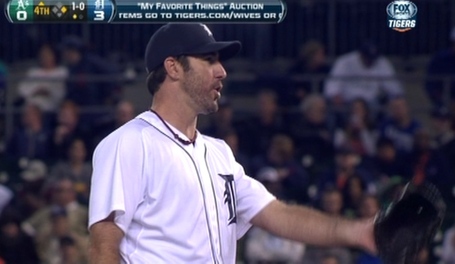 If you're going to troll Paws and Shannon Hogan, you got to do better than bunny ears. 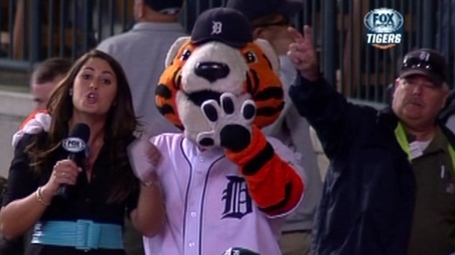 I whip my hair back and forth...as I dodge foul balls. 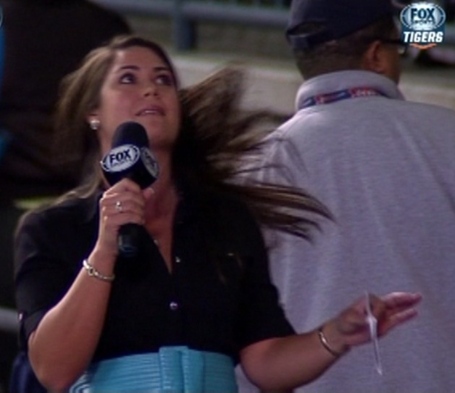 Justin Verlander: Not many pitchers can struggle as the Tigers' ace appeared to, yet throw 6 shutout innings and not allow a base hit after the 3rd. We hold Verlander to such an insanely high standard, when he appears even semi-mortal, we're honestly surprised.

Miguel Cabrera: Not wanting to pitch to Cabrera with runners on base, the A's waved the white flag, walking him twice. When they did pitch to him, Cabrera clubbed his 41st home run.

Andy Dirks: 3-4, run scored. Dirks sprayed the ball all over the field, reaching base on a drag bunt, and singles to left and right.

Omar Infante: Only 1 hit, but his 2 RBI double gave the Tigers a lead they would never relinquish. Added a 3rd RBI on a fielder's choice.

Gerald Laird: Any time G$ bunts for a hit, I have to give him props. The Tigers haven't missed Alex Avila thanks to Laird's 5-7 performance at the plate in in the first 2 games of the series.

Not going to worry about them tonight.

As of late, if it's not a a starting pitcher voted BYB PotG, it's Miguel Cabrera. Thanks to 2 home runs and 6 RBI, Cabrera received an overwhelming 94% of the vote.