Doug Fister tossed his first career shutout and Miguel Cabrera now holds the lead in every Triple Crown category after clubbing his 42nd home run, leading the Detroit Tigers to an 8-0 whitewash of the Minnesota Twins. The victory has moved the Tigers within 1 game of the 1st place Chicago White Sox in the AL Central.

Delmon Young broke the game open with a 3 run home run in the 3rd inning, Austin Jackson added a solo shot in the 1st.. Joe Mauer was the only Twin with more than 1 hit.

Mauer (and his stylish hair) doubled off Fister with 2 out in the 1st. But the Head and Shoulders spokesman ran himself into the 3rd out on Josh Willingham's ground ball to Cabrera. Cabrera had the choice of throwing to 1st or running down Mauer, and decided on the latter. In the words of FOX color man Bert Blyleven, it was "a race of Clydesdales."

To open the bottom of the inning, Deduno ordered up a first pitch fastball over the meat of the plate. Austin Jackson delivered it to the fans sitting on the other side of the left field wall. Jackson's 15th home run of the season gave the Tigers a speedy 1-0 lead.

Alex Avila made a triumphant return from his concussion in his 1st bat, giving the Tigers a 2-0 lead in the 2nd. Andy Dirks slashed a double down the right field line, and would score easily on Avila's single to center.

The Tigers have a love/hate relationship with defense. We saw both sides of their dysfunctional relationship in the 3rd.

Love - Omar Infante went into short right field to throw out Pedro Florimon.
Hate - Fister followed by throwing Denard Span's bunt into right field, the scorer ruling it a single.
Love - Fister redeemed himself by starting a 1-6-3 double play to end the inning.

The lead now 3-0, the ever free-swinging Delmon Young broke the game open. He cranked an 0-1 chest-high fastball off the foul pole in left, his 18th home run of the season giving the Tigers a 6-0 advantage.

Dirks broke his bat, but looped a liner into the right field corner, necking out a triple with a head first slide. Deduno would make it 7-0 by wild pitching Dirks home. Deduno's day came to a merciful end after 2 1/3 innings by walking Avila on a breaking ball hitting the dirt 5 feet in front of Mauer.

Anthony Swarzak would end the inning in relief of Deduno, but not before the Twins butchered Infante's double play ball, just to remind us the Twinkies no longer play fundamental baseball.

The Twins had base runners for the 4th consecutive inning, Fister giving up back-to-back singles to Mauer and Willingham. As he had all game long, Fister pitched out of the jam, easily setting down the next 3 Twins, the lead remaining 7-0.

In the 4th, just as Blyleven was saying how "ornery" Jim Leyland was in regard to the Cabrera - Mike Trout MVP saga, Cabrera hammered his 42nd home run of the season over the bullpen in left. With one swing, Cabera put the Tigers up 8-0 and took the lead in every Triple Crown category.

Once again, Fister would dance out of trouble, allowing base runners but not allowing runs...with help of one of the weirder plays of the season in the 5th.

Pedro Florimon popped up. Alexi Casilla, standing on 2nd base after a lead off double, had his head down and back turned from the play. He was run over by Jhonny Peralta while going after the ball, Casilla and Peralta ending up in a pile, Florimon safe on 1st base. 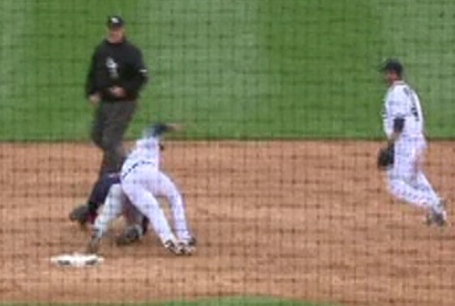 Despite having nowhere to go, Casillia was called out for interference. Instead of 2 on and 1 out with a runner in scoring position, it was 1 on and 2 out, runner on 1st base. Fister would get out of the inning, post haste.

At this point, with the weirdness out of the way and the result pretty much settled, both teams all but put away their bats. There would be no more scoring from here on out. The only suspense left -- Would Fister get the shutout?

Revere's 2 out single in the 8th was the Twins' first hit since Casilla's 5th inning double. Fister shrugged it off, striking out Mauer to end the inning.

With a Sunday doubleheader looming and Max Scherzer and Drew Smyly as the starters, the bullpen would definitely be used heavily and need to be rested. But knowing Jim Leyland, I couldn't be sure he would allow Fister to pitch the 9th.

Despite Twitter reports of a "Handshake of Doom" from Leyland after the 8th, Fister took the mound in the 9th, looking for his first shutout. Fister would get it style, striking out Willingham and Justin Morneau, then ending the game on a Ryan Doumit ground out.

Bullets are brought to you by Peyton Manning's fivehead. 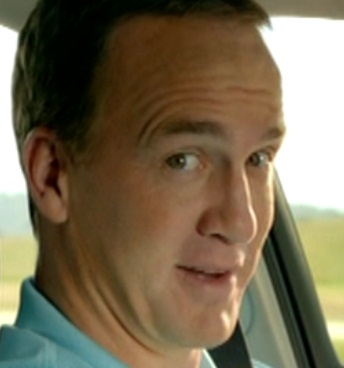 Gene Lamont is not impressed by Andy Dirk's triple...but he'll give the Neck a high five anyway. 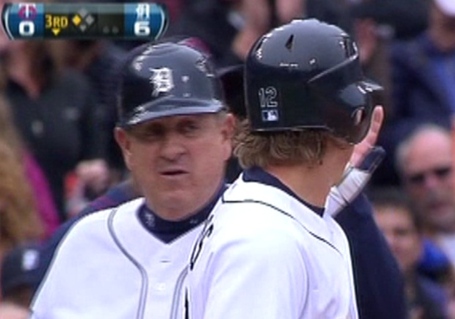 The look of dismay on Anthony Swarzak's face tells you exactly where Miguel Cabrera' ball landed....in the left field seats. 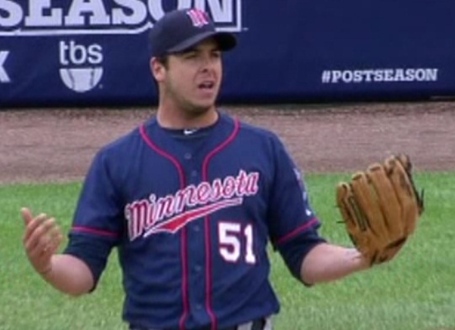 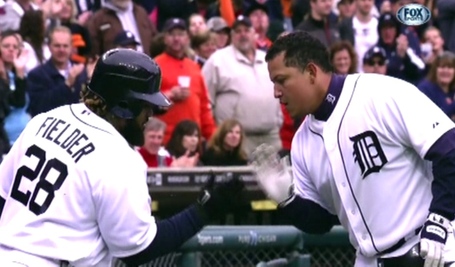 Doug Fister: 9 shutout innings, 7 hits and zero walks. Got better and better as the game progressed..

Prince Fielder: Solid game for the big man with 3 singles in 3 at bats, an RBI and run scored.

Andy Dirks: The Neck had 2 hits (including a triple) and 2 runs scored.

Miguel Cabrera: Only 1 hit, but it was a home run which gave him the lead in every Triple Crown category. I think that deserves a roar.

Jhonny Peralta: The only Tiger without a base hit was 0-4 and tried to kill Alexi Casilla at 2nd base.

After the frustrating loss to the Athletics, Kurt asked if PotG should be awarded. The BYB community said yes...barely. Al Alburquerque narrowly beat "NO" in the voting, 38% to 36%.